My friend Barry is over just now from America, where he’s studying at the University of Maryland. In the pub last night with another friend Andy we decided to go walking up at Pitlochry, since Barry hadn’t been home for a couple of years and was starting to forget what the hills were like! Andy called round this morning, and we drove through to Perth to pick up Barry from his Dad’s.

Then it was off up the A9 to Pitlochry where we parked in the centre of town. We were going to walk in the forest above Pitlochry, and visit the Clachan an Diridh, a four-poster stone circle. I’d been here once before, but couldn’t remember exactly how to get up to it. The previous time, we’d taken a very difficult route up to the circle, only to find on the way back down that there was a way-marked path all the way from Pitlochry!

Predictably I had now forgotten where this path left from, so we had to try and find our way with the map. We walked down to the River Tummel and crossed over it on the footbridge to Port-na-Craig. 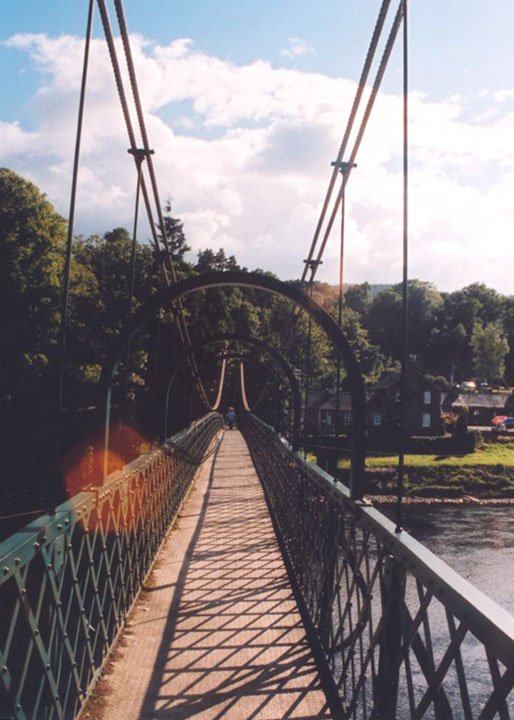 We then walked along the edge of the A9, crossing at Balmore and headed up into the forest. For once my map-reading skills let me down, and instead of heading south-west and up the hill, we were heading south-east and along the bottom of it, soon arriving at Overton of Fonab.

We swallowed our pride and asked the guy who lived there for directions, and he sent us back along the track looking for another track up the hill – we’d simply missed our turn-off. After a long climb up the hill along a little used track, passing a grouse-breeding area and a wee pond full of dozens of ducks, we eventually got up on to the ridge of the hill, and onto the Forestry Commission track that I recognised.

From there I knew exactly where I was going, rounding the peaks of An Suidhe and Carra Beag until we reached the Clachan an Diridh, standing on a large, pronounced round mound in a clearing. 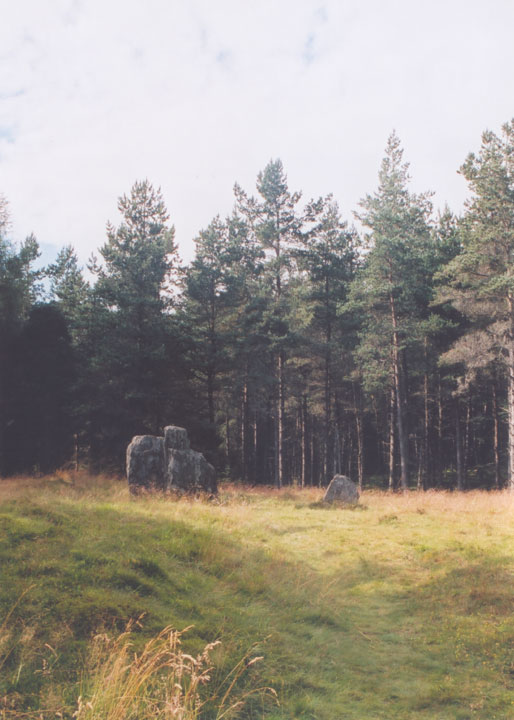 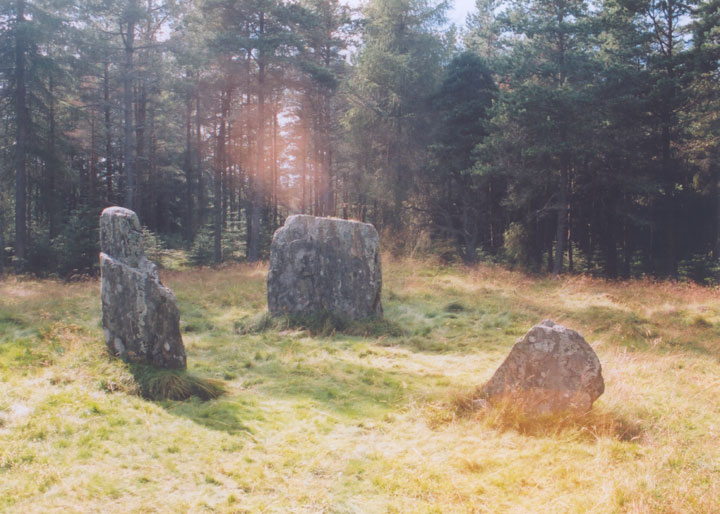 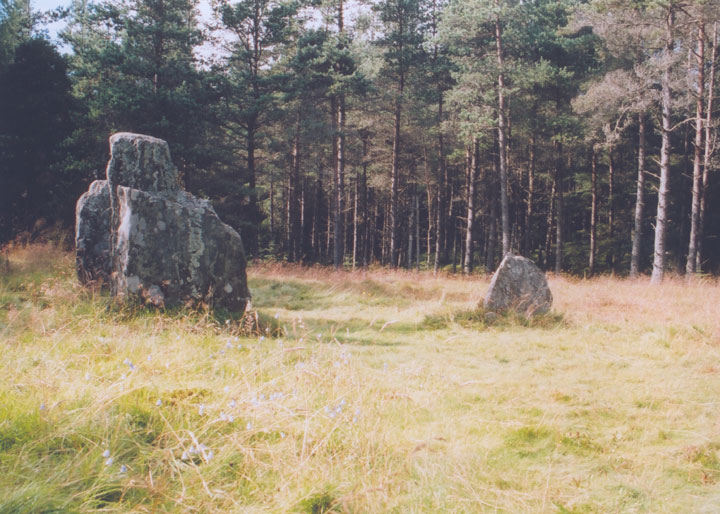 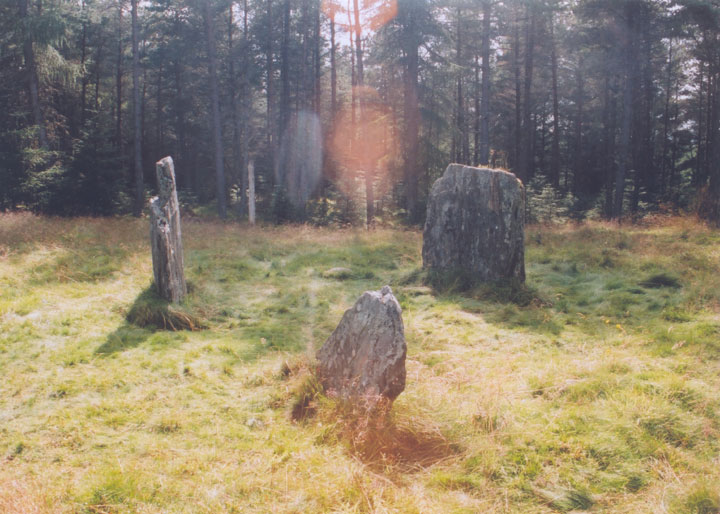 By this time – and clearly too late! – I’d remembered where the path to the circle was, and we had an easy walk downhill to Pitlochry, through the farm of Middleton of Fonab and across the A9 to the Pitlochry Festival Theatre, then back across the bridge and back to the car.

We drove up to the Moulin Inn for a drink before heading back to Dundee, but seduced by the menu we argued that we deserved a treat after our walk, so stayed for an excellent meal. After some enormous portions we rolled our way back to the car, and took the scenic route home, driving out the back of Moulin, past Ben Vrackie, through Glen Brerachan and Strathardle down to Bridge of Cally, and on via Blairgowrie and Coupar Angus to Dundee for another night out.

I’d not seen Barry since we met up in New York a couple of years ago, so celebrations were in order!