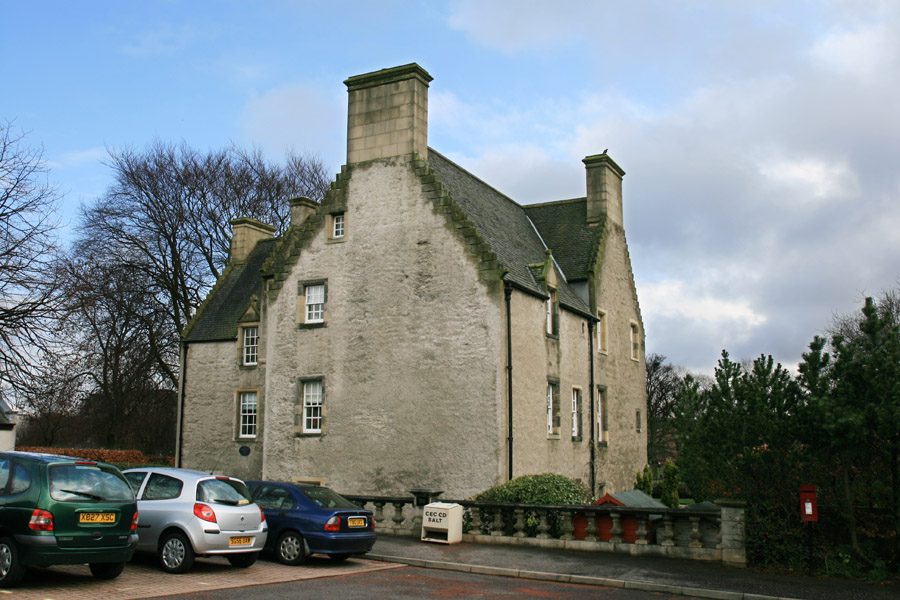 The closest castle to our house is Pilrig House, but since it is so close we hadn’t visited it until today!

Strictly-speaking it’s not a castle, but an L-plan laird’s house built on the site of an earlier castle, and incorporating elements of the older building within the fabric of its basement. It is accessed via a cul-de-sac named, imaginatively, Pilrig House Close, off Broughton Road / Bonnington Road, and sits at the end of a sleepy street of 1980s retirement housing.

Built in 1638 by an Edinburgh goldsmith named Gilbert Kirkwood, it has a rounded stair tower within the re-entrant angle between the two wings, which is topped off with a rectangular caphouse.

For over 200 years from 1718 the house was owned by the Balfour family, and in 1777 Lewis Balfour, the grandfather of Robert Louis Stevenson was born here. Stevenson mentions Pilrig House in two of his books, Kidnapped and Catriona.

While on one side the house is hemmed in by new developments, on the other it opens onto Pilrig Park, a sea of green in an area of mixed residential and commercial properties.

It is now run as a self-catering apartments.

We went slightly further afield for the next castle, but still not too far really. We headed down to the shore near Granton to see what could still be seen of Granton Castle.

Granton Castle dated back to at least the 15th century, possibly earlier, and existed until relatively recently. In 1928 it was a well-preserved ruin, but it was bought that year by a company who knocked it down in order to quarry away the rocky outcrop on which it stood. Part of this outcrop still survives today, and shows why a castle was sited here, with extensive views over the River Forth below.

The site is now a rather sad and neglected one, situated within a run-down industrial area with plenty of vacant plots. However despite this it is still possible to see some features from the old castle. A walled garden was laid out to the east of the castle, and a section of the north wall still stands on a mound above West Shore Road.

Another section of this wall also runs approximately north to south from the south-west corner of this garden back up the hill to the castle’s doocot, which still exists.

According to old maps and plans a section of wall to the west of the garden would originally have been bisected by the castle, and interestingly the section which corresponds with this on the ground is topped off with corrugated metal fencing rather than stones, presumably where the castle wall was removed.

One of the reasons for Granton Castle‘s ultimate demise was its purchase in 1740 by John Campbell, the 2nd Duke of Argyll. The previous year he had bought the neighbouring property, Royston House, which he renamed Caroline Park. Royston House is a grand 17th century mansion which incorporates the remains of Royston Castle within it.

Presumably Argyll bought Granton Castle to expand his estate in the area, and perhaps to acquire a picturesque ruin for his garden. But whatever the reason, by 1749 it was a ruin, and would remain that way until its destruction almost 200 years later.

With rain clouds gathering overhead, we made our way out of the undergrowth and headed for home along the River Forth, the clouds making for a dramatic sky. 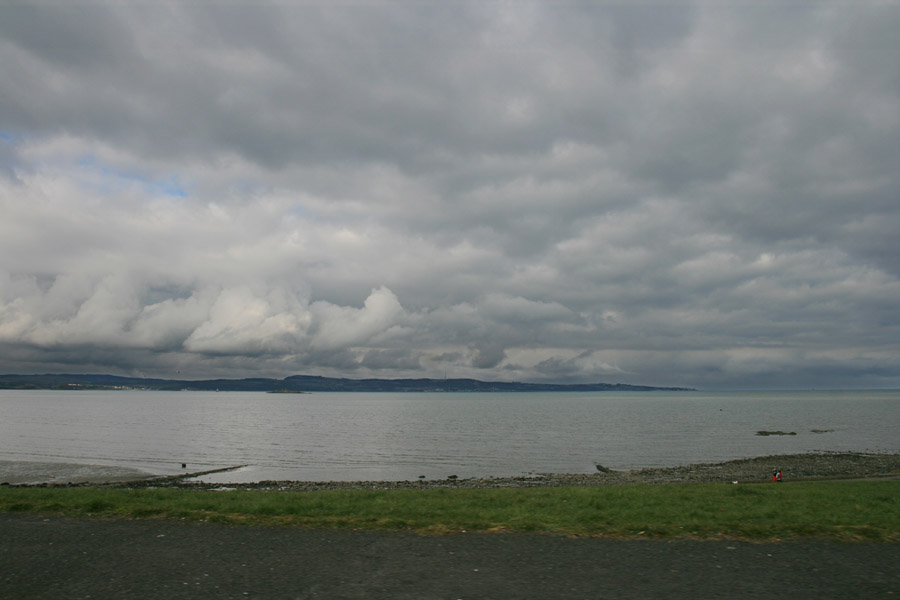