Stones in the snow

It had been a while since the last megarak meet, and the annual pilgrimage to the Moulin Inn was long overdue, so a bunch of us decided to head up to Pitlochry. It was a cold start to the morning as I waited for Nick to pick me up, and it only got colder as we journeyed north.

Sleet was falling, and there was a layer of slush on the A9 that resulted in a couple of minor accidents – not involving us thankfully. We got to the car park in Pitlochry – the agreed meeting point – and waited. Irene had already ‘phoned to say she was too warm in bed to come out in the snow, but that she could be tempted out by the prospect of pudding at the Moulin Inn later. Suzanne had cried off too. Scotty also couldn’t make it, and Martin was last heard of heading for Lancashire so he wasn’t turning up either.

That just left new boy George, and when he arrived we all piled into Nick‘s car and drove up to the Allean Forest on Loch Tummel. Our first stop was Na Clachan Aoraidh – the stones of worship – a small stone circle magnificently situated on a hill at the edge of a forestry plantation. We had planned to walk up – quite a trek – but the normally-locked gate had been left open due to forestry operations, so we took advantage of Nick‘s 4×4 and drove up, saving ourselves a good couple of hours which could be better spent in the Moulin Inn later on. 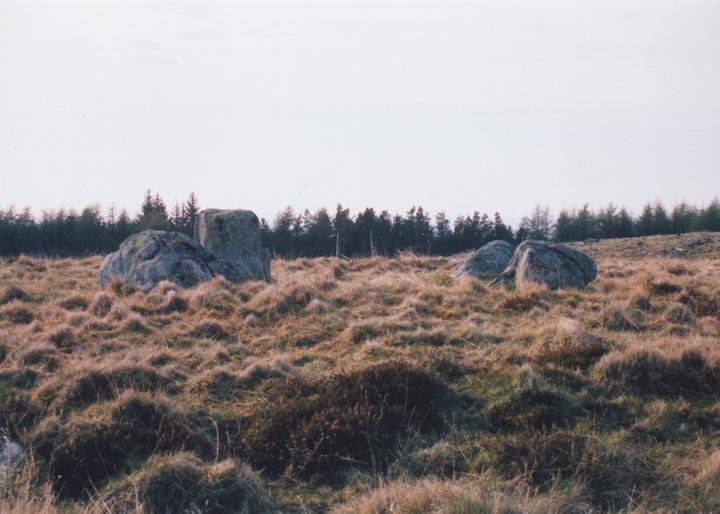 The sleet had stopped but it was still bitterly cold with a sprinkling of snow on the ground. We parked on the edge of the forestry track and climbed the last bit up to the plateau the circle stands on. It’s an isolated spot, 600m up, and stunningly beautiful in summer, but the freezing wind was howling around us, so we didn’t stay too long. We made our way back down to the car, where George produced a flask of tea. Back in the car, we retraced our tracks in the snow, but turned off halfway down to go and have a look at the Queen’s View ringfort. It’s one of a group in this area that have a particular style, and opinion is divided as to their original purpose, but they seem to guard the main entry points into the Glen Lyon area. 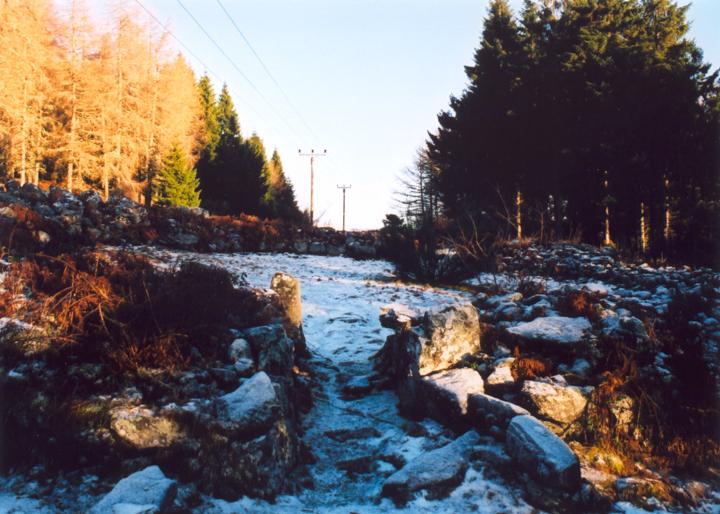 After a good traipse around the fort, we piled back into the car and drove along the edge of Loch Tummel and through Killicrankie to Blair Atholl. We were going in search of a standing stone called the Clach na h’Iobairt. It’s not exactly clear from the OS map exactly where the stone is, but it appeared to be in the grounds of the River Tilt caravan park so we went in to ask and were directed to the stone, standing in it’s not too picturesque situation beside a caravan. 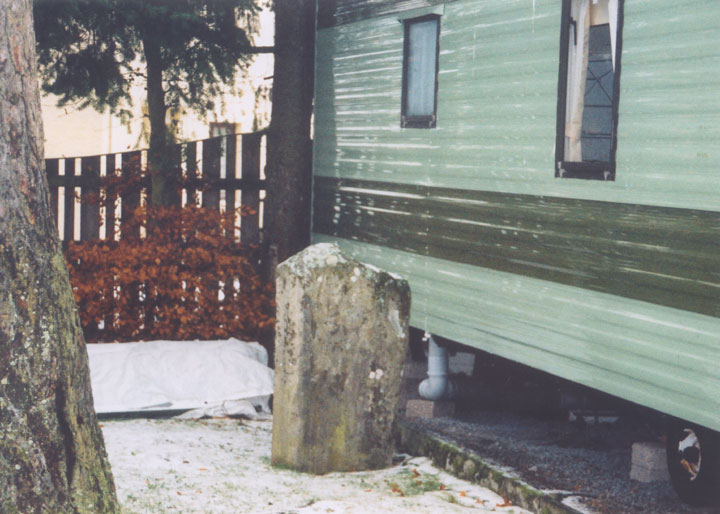 As we were leaving the caravan park, we ‘phoned Irene who jumped in her car and sped up the A9 to join us in a visit to the Moulin Inn – the real reason for braving a wintry day!