Another weekend, another military parade and another Royal visitor. After Prince Charles’ visit last weekend for Armed Forces Day, this week it was the turn of his parents, the Queen and Prince Phillip, to oversee the Presentation of Colours to The Royal Regiment of Scotland.

Walking past the Palace of Holyroodhouse, the soldiers guarding the entrance and the Royal Standard flying overhead signified that the Queen was in residence.

We walked around into Holyrood Park, and found a good vantage point on the lower slopes of Arthur’s Seat. We weren’t alone, with hundreds of people sitting in the grass, and as well as overlooking the parade area in front of us, we also had a good view west to the corner of Holyroodhouse and the Edinburgh skyline beyond.

The event was to mark the presentation of new regimental colours by the Queen to The Royal Regiment of Scotland, and began with the parading of the old colours of six battalions of the regiment.

Clicking on the image below will open a panorama of the parade ground in a new window.

After the parading of the old colours, the Queen arrived to inspect the troops in a rather cool custom-built Range Rover.

The Queen then returned to her covered platform, the sun blazing overhead, for a short service to introduce the new colours.

The new colours were then paraded around Holyrood Park.

After the parade had finished the Queen and Prince Phillip left in another Range Rover, while we met up with my brother, a Captain in The Royal Regiment of Scotland, who had been watching the parade from the stands behind the Queen. 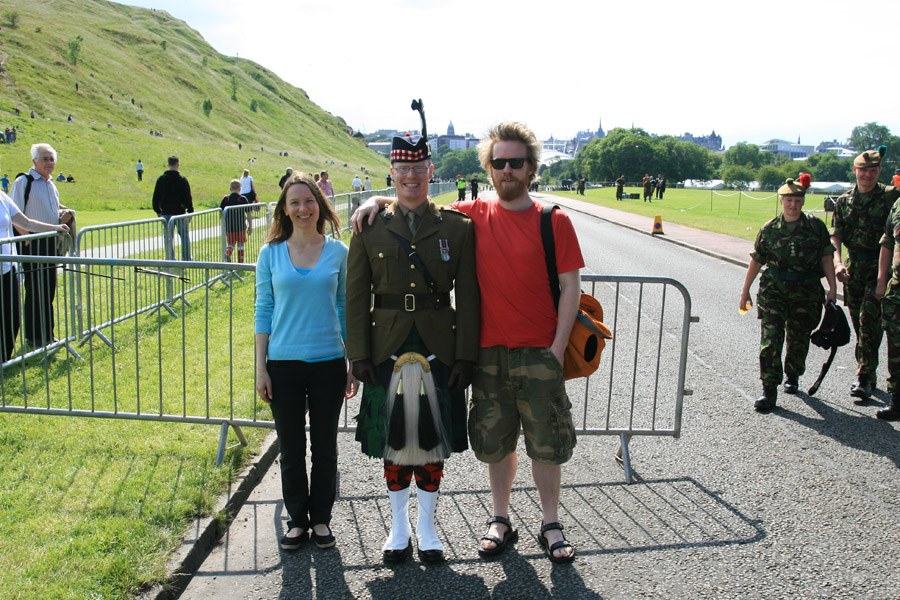