Last night snow fell across Britain as we had the earliest major snowfalls in November for 17 years. In Edinburgh there was only a couple of centimetres over night, so this morning we headed out into East Lothian where there was supposed to be more.

Driving along the A1 there was plenty of snow in the fields on either side, but the road itself was clear. As soon as we turned off onto the B1347 though it was a different story, as the snowplough hadn’t cleared the road. 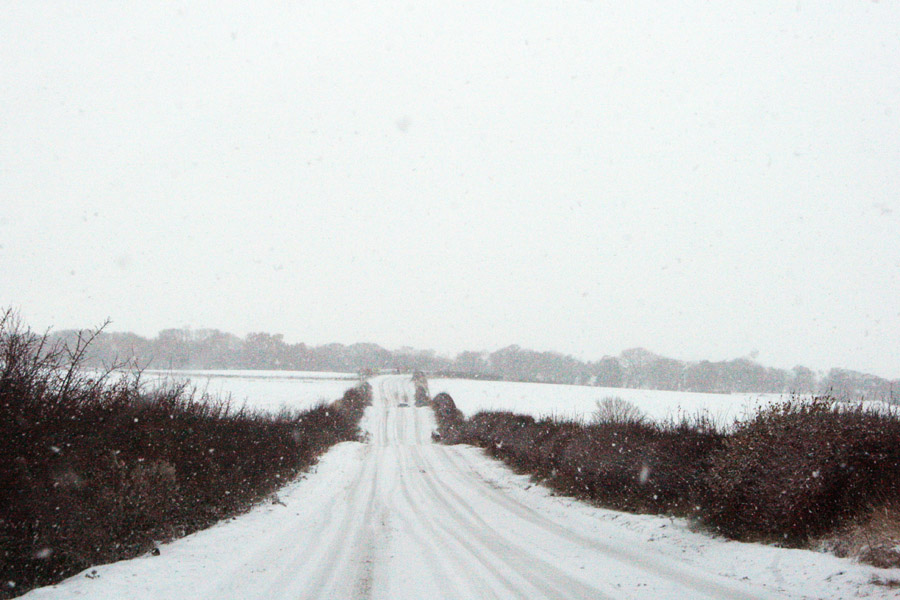 We were heading for Athelstaneford, famous for being the “birthplace of Scotland’s national flag”. It is said that during a battle here in 832 between the Picts and the Angles a white cross formation of clouds was seen in the sky. Following a Pictish victory, the saltire was then adopted as the flag of Scotland.

A museum about the flag and the battle is contained within a 16th century doocot, which was associated with Athelstaneford Castle, although the castle has long since gone. 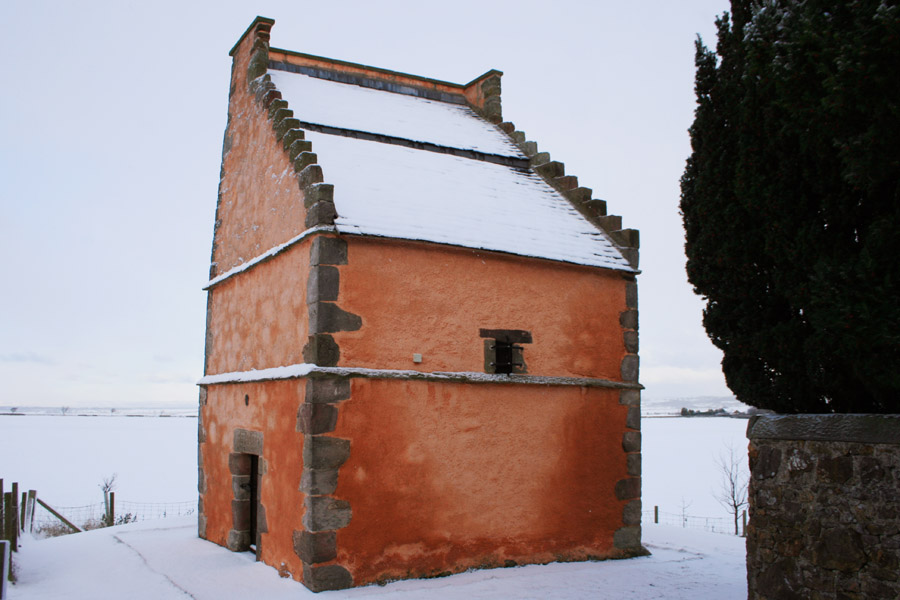 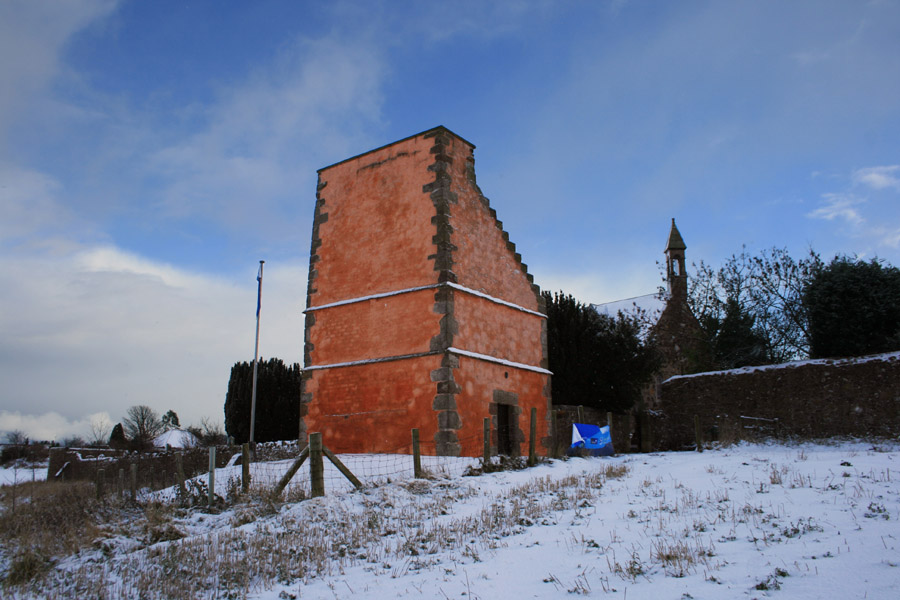 The doocot stands behind the church on the very edge of the village, beyond which are rolling fields. 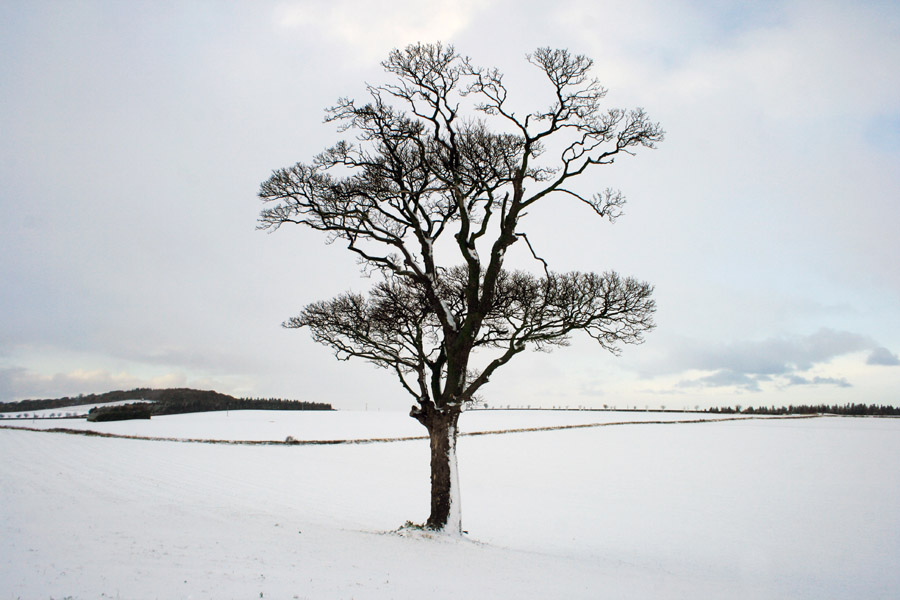 The village of Athelstaneford owes its present appearance to Sir David Kinloch of Gilmerton, who created a model village in the late 18th Century for local farm workers. One of the distinguishing features of the village are the red roof tiles, although due to the snow they weren’t on display today. 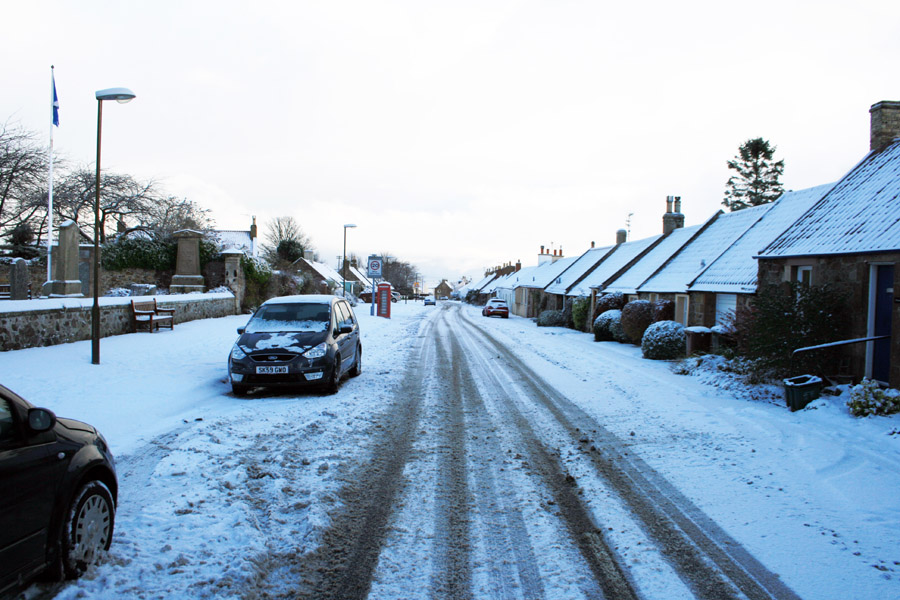 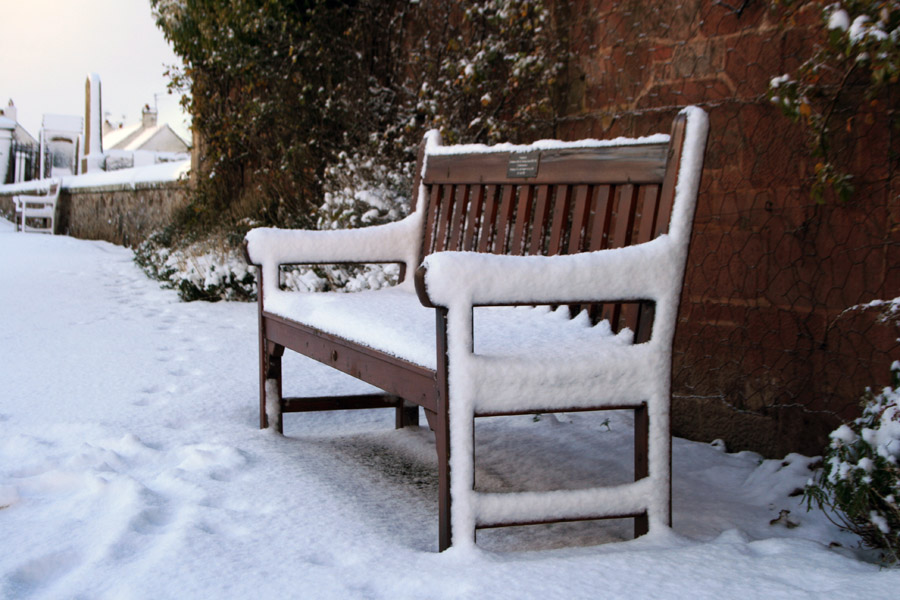 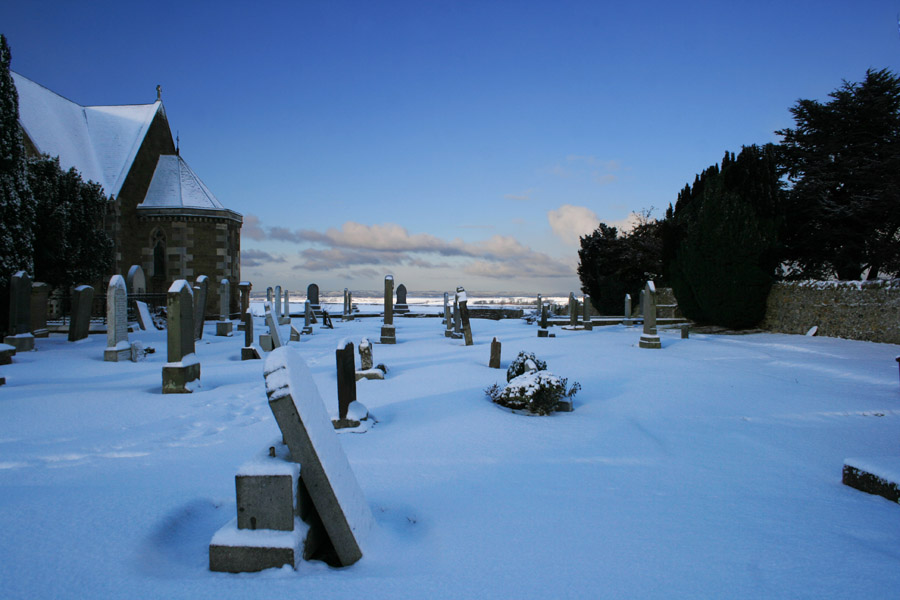 Across the road from Athelstaneford parish church is a footpath which leads to Barnes Castle, which we started along. But I really wanted to get back to Edinburgh in time to watch Scotland play South Africa at rugby, so we didn’t go all the way to the castle and instead stopped at gate looking picturesque with its crown of snow. 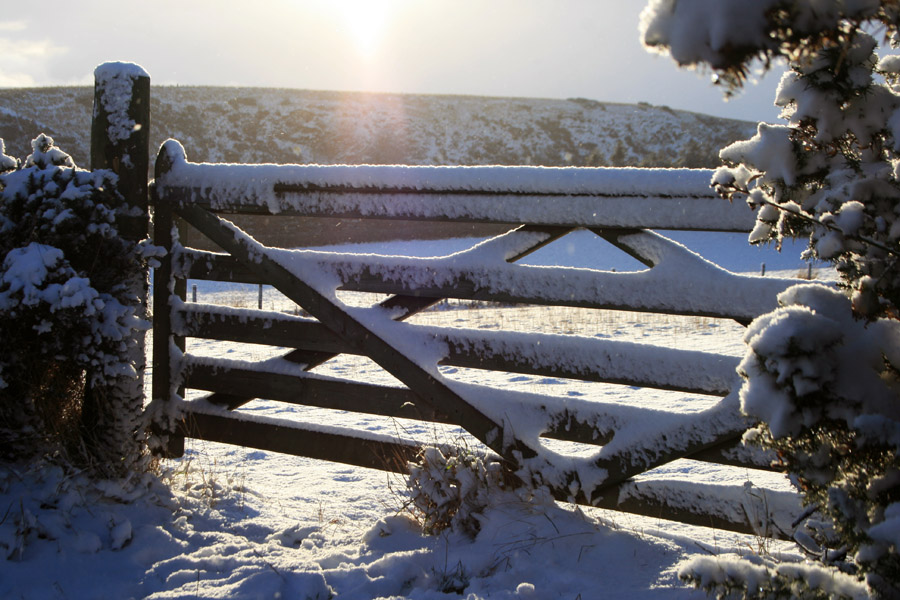