After my previously unsuccessful attempts to get beyond Ben More and conquer Stob Binnein in February (on the 4th and the 11th), I headed back there again today with the promise of plenty of snow from the Mountain Weather Information Service‘s forecast.

It was just starting to snow in Glasgow as I left, but by the time I had passed Dumbarton the sky was a clear blue, and driving up the side of Loch Lomond was even more of a joy than usual. I stopped to take some photos since Ben Lomond was looking particularly magnificent rising above the choppy waters of the loch. 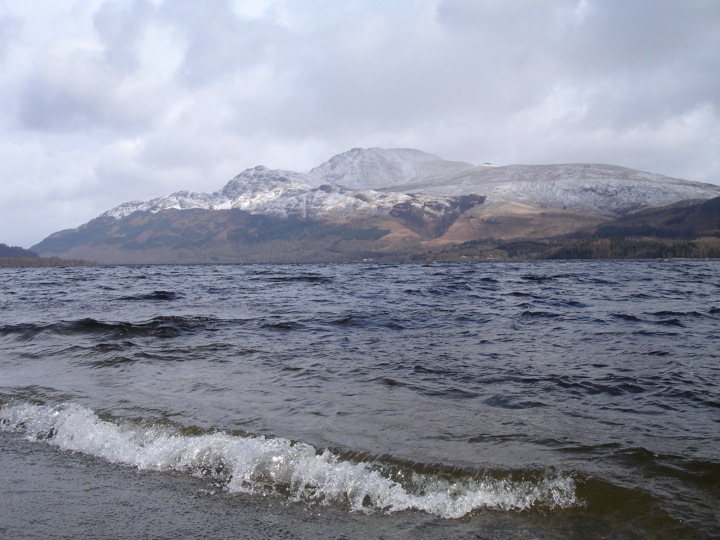 I was hopeful that I was going to get snow and a view on Ben More and that I would finally make it to Stob Binnein, but as I got to the head of the loch the hills ahead were covered with cloud, and the blue sky had disappeared. As I drove through Crianlarich to the layby beyond Ben More Farm it started to snow again, getting gradually heavier as I walked up the twisting farm track, although there was no snow on the ground down here. Looking up towards Ben More it was obvious that there would be no view today. 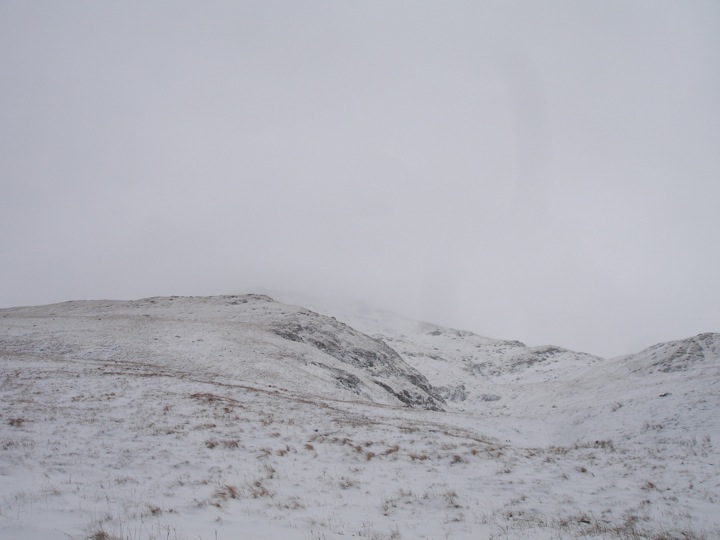 Although I could see blizzards further up the mountain, the snow and wind were much lighter lower down, and when I stopped for a break a couple of hours in there was a great view back down over the farm to Loch Dochart. 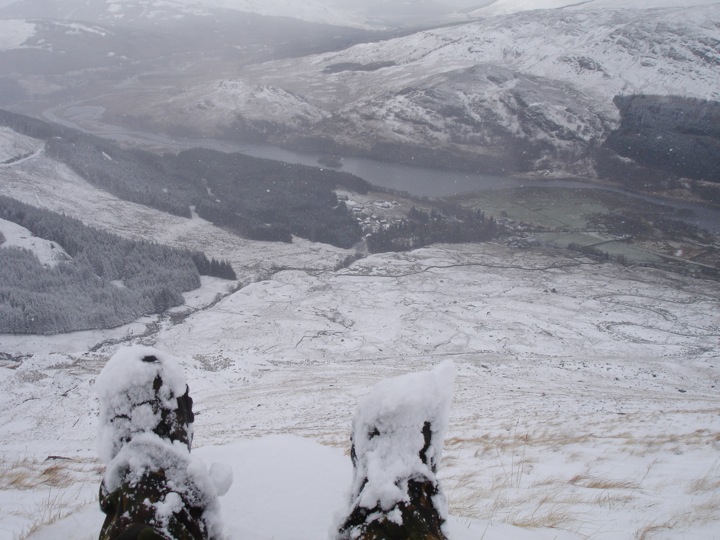 The snow on the ground was fresh and was (unsurprisingly) getting deeper the higher I went. The wind was also getting stronger and the temperature dropping rapidly, with icy snow showers blowing in from the west, reducing visibility and obliterating the views.

It was so cold by now and the wind was so strong that I had to stop and shelter behind a large rock to try and warm up. I have never been as cold as that in my life before – the -23 degrees Celsius (-9.4 degrees Fahrenheit) and 80mph (130km/h) winds the Mountain Weather Information Service had forecast must have been pretty accurate. 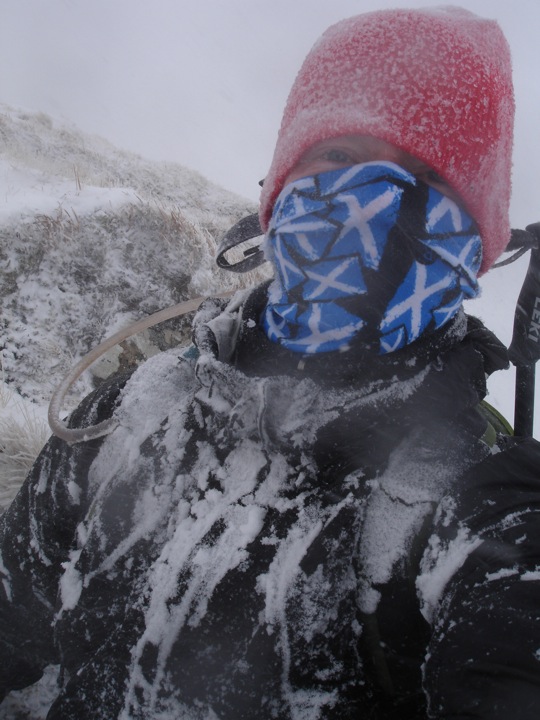 After eating some lunch and warming up as much as I could by being out of the wind, I carried on for another half an hour before I had to stop again as I was just too cold. My head had gone numb and I could feel my fingers were starting to freeze despite being wrapped in extra-thick mountaineering gloves. I stopped again when I came across another big rock, but by this time I was far too cold to carry on, and after quarter of an hour of trying in vain to warm up I decided to start going back down. The strength of the wind made walking tricky, not helped by the fact I was trying to shield my eyes from the stinging snow and ice being driven into them.

But eventually I came back out of the worst of the blizzards and gradually started to warm up again as I made my descent. I wish I’d taken a mini sledge with me because the snow down here was just perfect for sledging. I had to make do with just sliding on my waterproof trousers instead, which is less enjoyable than with a sledge when you come to rocky bits! By the time I got back to the car it was snowing quite heavily and starting to lie. As I was taking my boots off a snow plough came down the road ploughing away what snow there was, and I had a lucky escape as a shower of thick slush arced its way over my head and onto the car! 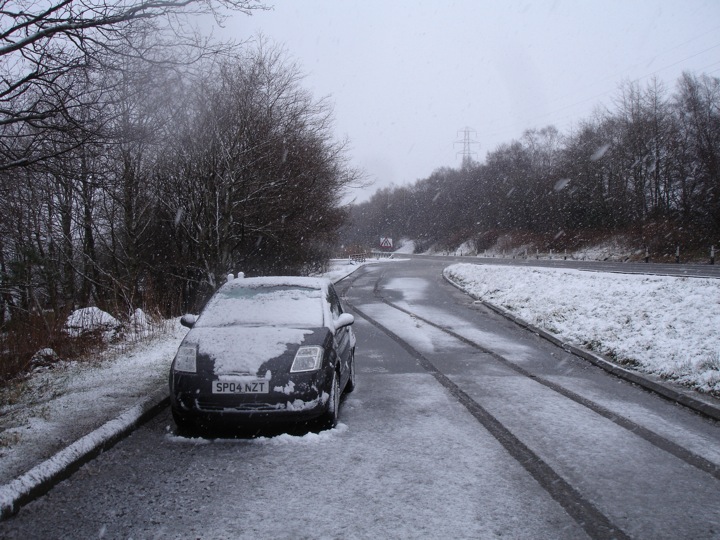