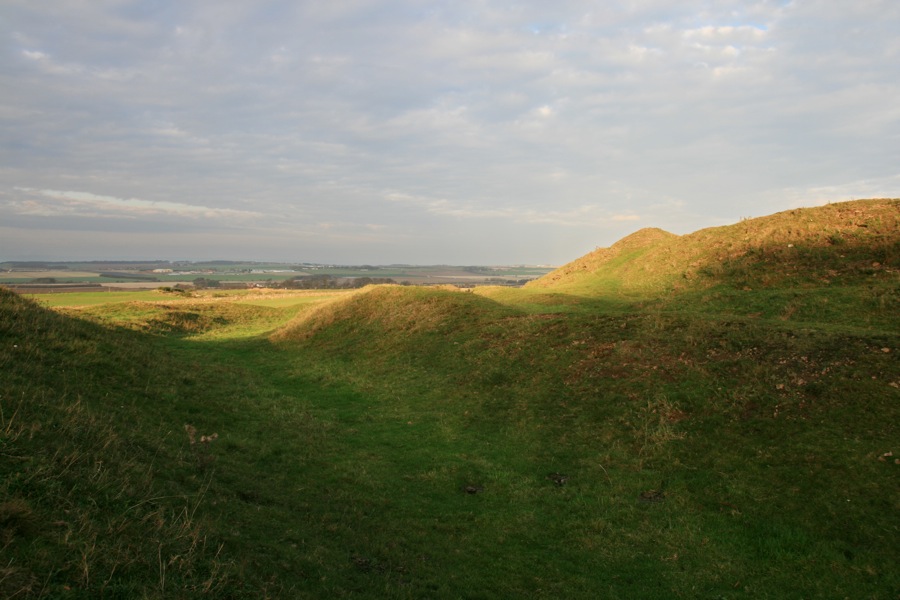 Long shadows at The Chesters fort

The hours of daylight have been getting noticeably shorter recently, but today it was a welcome development, as it served to enhance the look of the place we were visiting.

The Chesters is a fort close to the East Lothian villages of Athelstaneford and Drem, and has been described as one of the best-preserved Iron Age forts in Scotland.

Although the original entrance is to the east, today the fort is approached from the west, where a series of ramparts and ditches block the way.

Despite it being mid-afternoon, the low autumn sun was well on its way down, bathing the ramparts in golden light and casting long shadows into the ditches.

Despite all these defences, what makes this site different to most others is the fact that it is overlooked by a rocky ridge to the south, which can be seen in the background of the photo below.

Defence was obviously important though, as you can tell by the number of banks and ditches one needs to negotiate to get into the centre of the fort.

Within all of these ramparts and ditches is a largely flat platform, on which was built some twenty huts with stone walls and timber roofs. Not much of these now remains, but low roughly circular banks of stones can still be seen in places.

At the opposite end of the fort, to the east, is the original entrance. A wide path snakes between the ditches and ramparts.

At the end of this path, outside the last ditch and bank, is a large boulder, which looks very much like it marks the entrance in some way. It also seems to be aligned, through the centre of the fort, with a small hill on the horizon to the east, and Arthur’s Seat on the horizon to the west.

We spent a good while wandering around the ridges of the ramparts, and through the ditches, but inevitably the pull of coffee and cake was soon too much to resist, and we made our way back through the fort to the west, stopping to take a panorama of the western defences.

Clicking the photo below will open the panorama image in a new window to give you a full-width view of the fort.

In the field next to the small car park where we had parked were several horses, one of which had one normal dark brown eye, however the other eye seemed to be blue. 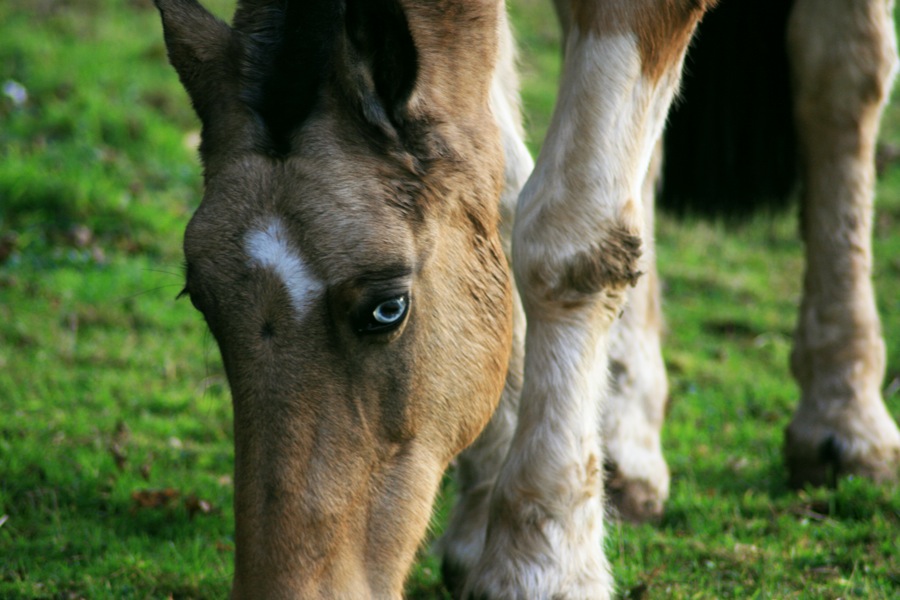 On the way home, with the sun starting to set, we stopped at Gosford Bay for a quick walk on the beach and photo of the sunset.