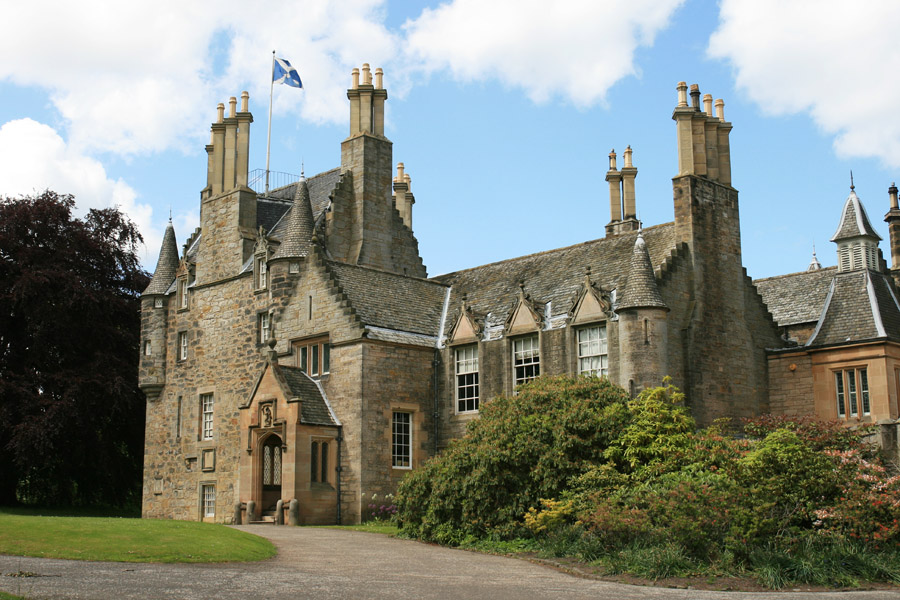 It was a bank holiday today, but we didn’t go far, staying in Edinburgh to visit Lauriston Castle.

Consisting of a main tower built in the 16th century, and various 19th century additions, it is now run as a museum by the City of Edinburgh Council, the last owner having donated it to the city in 1926.

Over the centuries Lauriston Castle has been home to some interesting and notable characters.

The main tower was built around 1590 by Sir Archibald Napier, father of John Napier the inventor of logarithms. Following Sir Archibald’s death in 1608 it passed to his other son, Alexander, and John Napier created an astrological horoscope for him, which is carved on the front of the castle.

Another relatively famous resident was the economist John Law, whose father bought Lauriston Castle in 1683. The younger Law would rise to prominence within the Establishment, and was responsible for founding the Banque Générale in Paris in 1716, the forerunner of the Banque de France, the French central bank.

One of Law’s descendants sold the castle in 1823 to Thomas Allan, a banker by profession but better know as a mineralogist. The mineral Allanite was named after him.

Lauriston Castle is covered in interesting architectural details, partly due to its evolution over the years. Above the dormer windows on the top floor are ornate pediments carved with the initials of former owners.

To the rear of the castle part of the top of the old stair tower can be seen rising above a 19th century extension below.

The castle is set in beautiful landscaped gardens. To the front is a pond, formed from an old quarry, with a statue of Diana, the Roman goddess of the hunt, on a small island at its centre.

Under the windows some white and purple flowers were blooming. My horticultural knowledge is limited, but I think they’re either onions, chives or garlic. 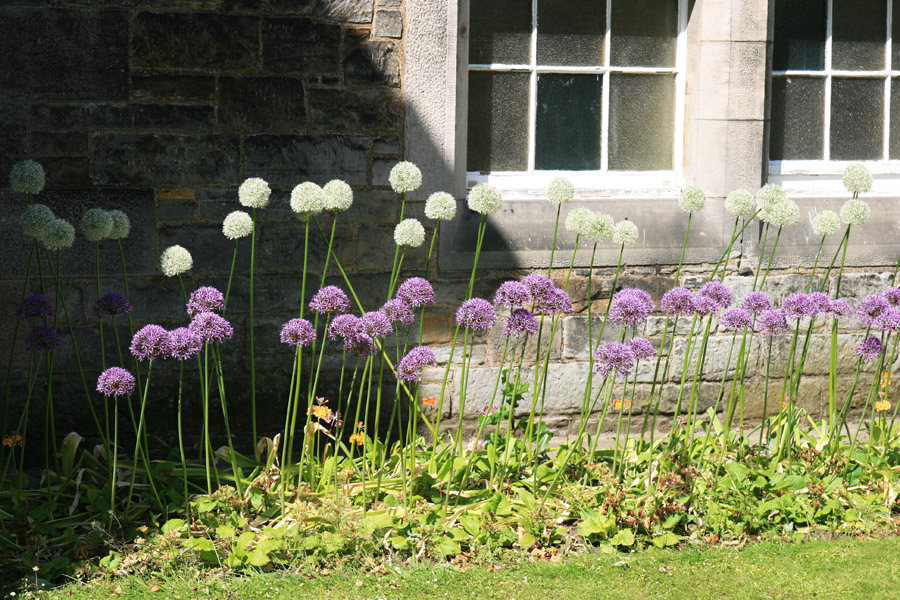 At the rear of the castle are three immaculately-trimmed croquet lawns, a rose garden, and an Edinburgh – Kyoto Friendship garden.

Edinburgh was twinned with Kyoto Prefecture in Japan in 1994, and to celebrate this relationship a garden was designed by the London-based Japanese designer Takashi Sawano and opened in August 2002.

The main feature of the garden is a traditional Japanese rock garden, above which is a small shelter which looks out over the garden towards Cramond Island in the River Forth.

Cramond Island is obscured by the trees in the garden, but walking down to the edge of Lauriston Castle‘s estate gives a much better view.

Lauriston Castle and its grounds are something of a hidden gem, but well worth a visit.