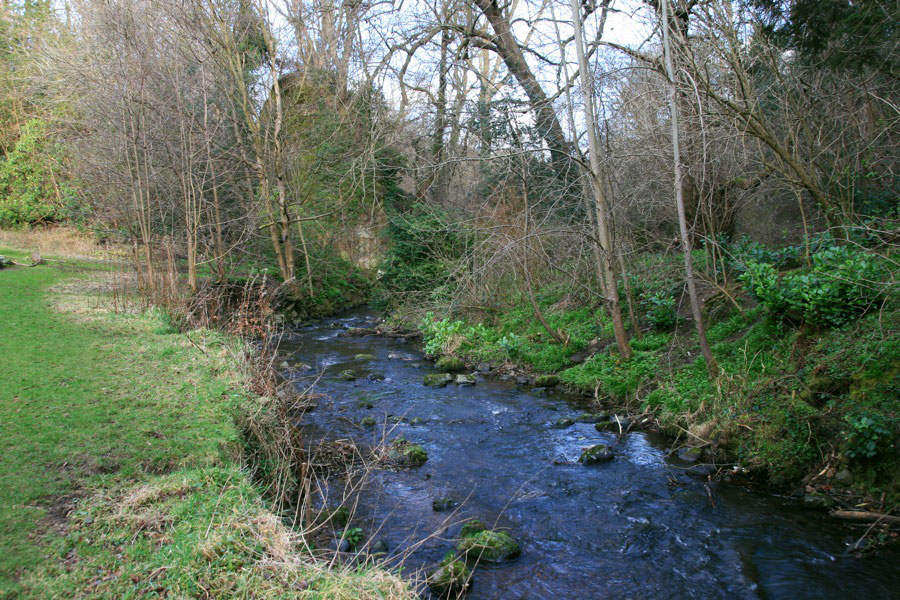 Hermitage of Braid and Blackford Hill

Today we combined two of my passions, castles and hills. To do so, we headed to the south of Edinburgh, where the Hermitage of Braid nature reserve sits in the steep-sided wooded valley of the Braid Burn.

The Braid Burn rises in the Pentland Hills, and makes its way down to the southern edge of Edinburgh before turning east through Duddingston and out into the Forth at Portobello.

Sitting in the depths of the valley, hidden from the surrounding area, is an 18th century mansion called Hermitage of Braid, built for Charles Gordon of Cluny by Robert Burn.

Immediately behind the house are rocky cliffs which rise sharply, and on one of the crags are the substantial remnants of an old wall. These may be connected with an 18th century walled garden, or they may be part of the defences of Braid Castle.

Braid Castle was built in the 12th century on the plateau above Hermitage of Braid by a Flemish knight named Sir Henry de Brad, and was apparently still occupied until the 18th century. Nothing of it now remains, and it’s exact location has been lost, but it seems to have stood somewhere between the new house and the 17th century doocot, which still stands.

The doocot is the second largest in Edinburgh, and contains almost 2000 nesting boxes.

To the east of the doocot is a section of wall, which would appear to be part of a 17th or 18th century walled garden which is known to have existed here. An entrance through the wall looks decidedly older however, and certainly has the appearance of 16th or 17th century castle or house doorway built into a later wall.

Continuing east along the top of the rocky crags there are wide, flattish areas, now overgrown with trees, which would appear to be a fine position for the old Braid Castle. 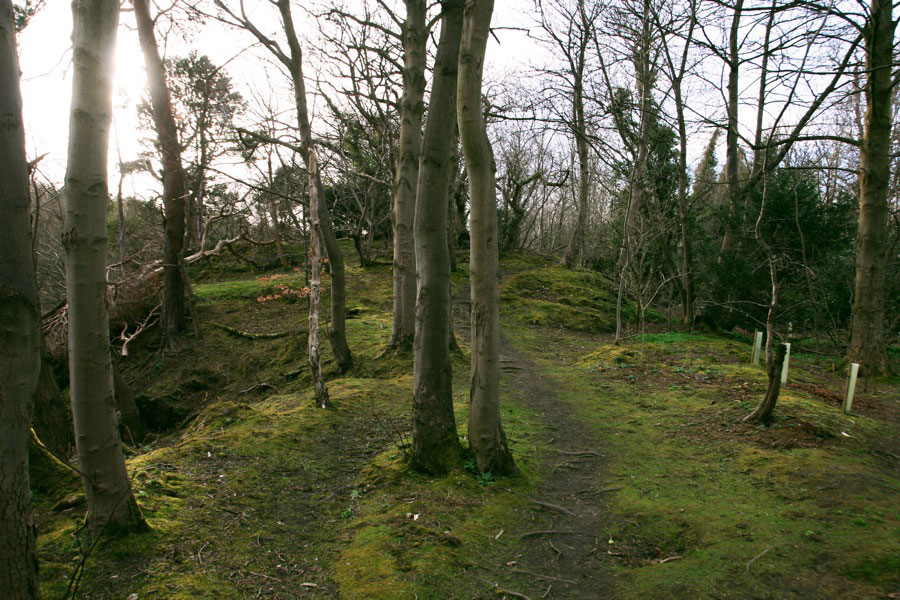 Following this footpath brings you out onto Midmar Paddock, another supposed but unlikely location for Braid Castle. Aerial photos of the Paddock revealed undisturbed rig and furrow systems, meaning a castle here is unlikely. It is also very overlooked by Blackford Hill, up which we started to climb.

As we reached the crest of the hill, we were rewarded with the sight of a rainbow arcing across the dark grey sky. 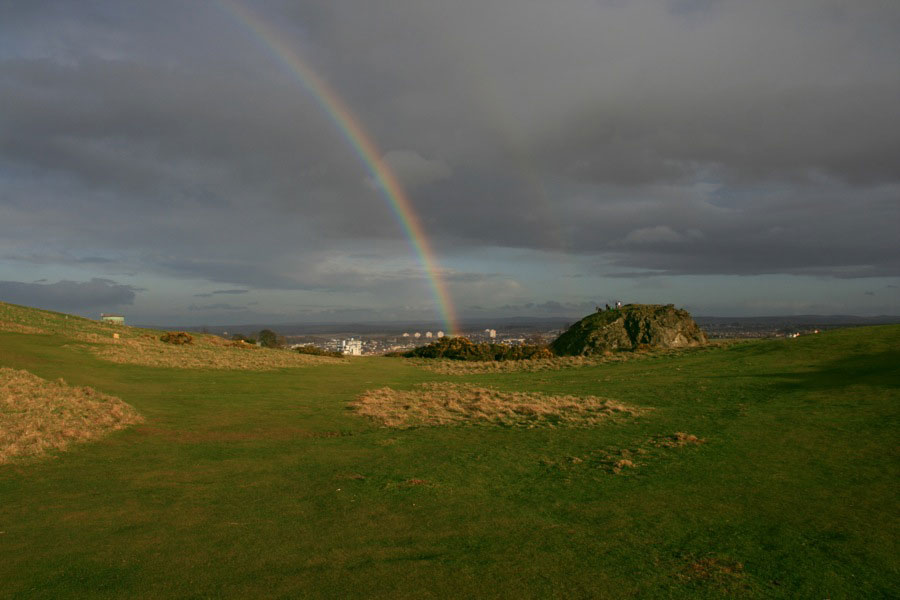 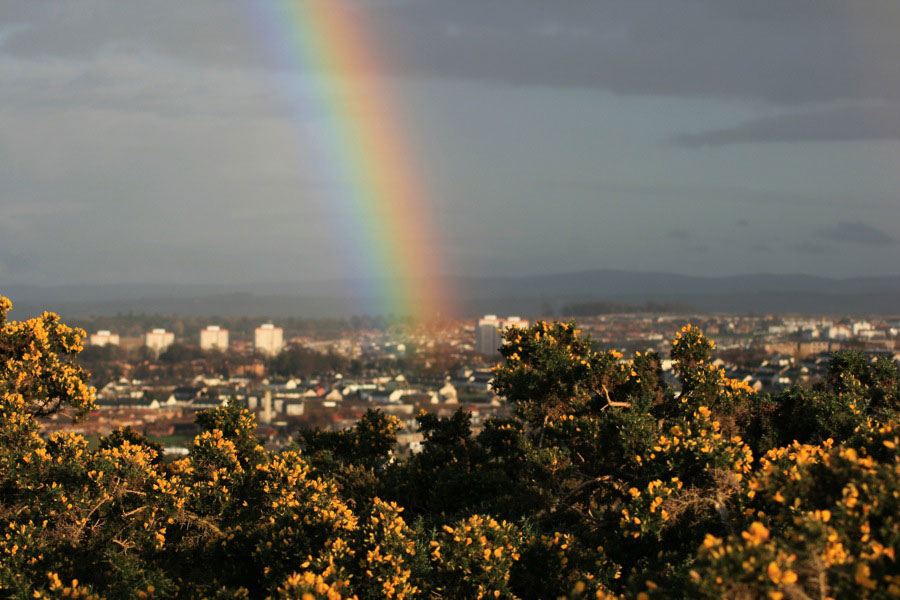 To our south-east Liberton Tower was being illuminated by the low winter sun.

While to our north Edinburgh Castle was looking resplendent, basking in the golden glow of the falling sun.

To the east of the Castle, Arthur’s Seat was rising, ever present, against the backdrop of the Forth and the North Sea.

With such fantastic light it was crying out for a panorama. Clicking on the image below will open the panorama in a new window.

Descending from Blackford Hill we had a good view over Midmar Paddock, a supposed site for Braid Castle. There is a large, roughly circular, low mound, now topped with trees, which looks like an almost believable location.

But given that it this site is so overlooked, and the evidence for the castle having been sited above the Hermitage of Braid (including a map from 1735 which shows it further west along the Braid Burn), it seems likely that this tree covered mound is the remains of something else.