Every year the end of the The Edinburgh Festival is marked by a firework display at Edinburgh Castle, and it could also be said that this marks the end of summer in Edinburgh.

Previously we’ve watched the fireworks from Princes Street Gardens, but this year we opted to climb Calton Hill and watch the display from there. The sun was just starting to set as we approached the summit, and an almost full moon was rising. Unfortunately, by the time I’d set up my tripod the moon had disappeared behind some clouds. 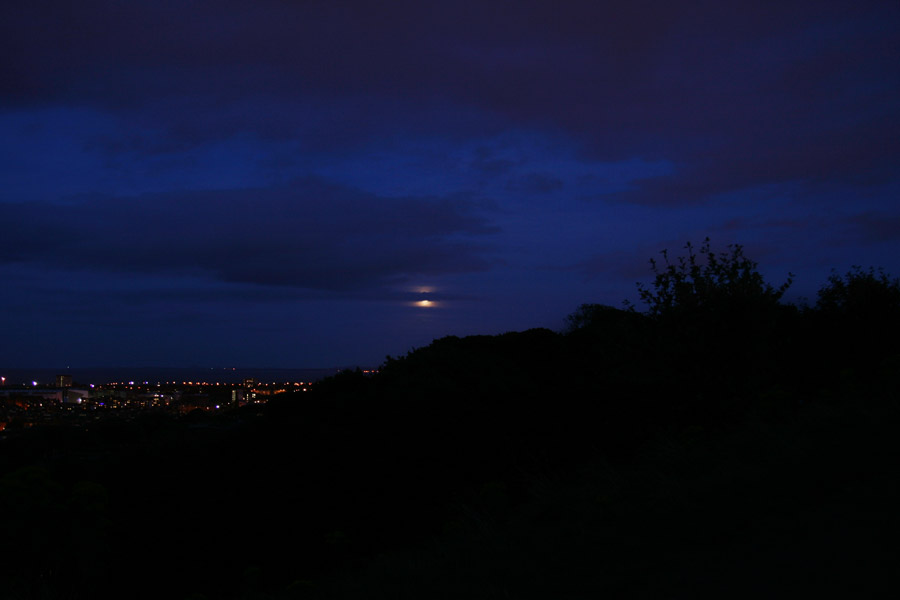 With the long summer days now behind us, night fell quickly, and the vivid reds of the sunset soon gave way to the deep blues of night.

When we got to the very top of Calton Hill, we found that all the best seats had been taken, with the National Monument of Scotland packed with fellow spectators.

Calton Hill was alive with a great throng of people, making clear views of the Castle rather tricky.

But every now and again the crowds parted and the view improved, with the Bank of Scotland and Edinburgh Castle both illuminated against the dark sky.

It wasn’t long until the fireworks display got under way, and the sky was lit up with the colourful pyrotechnics amid gasps from the gathered crowds. 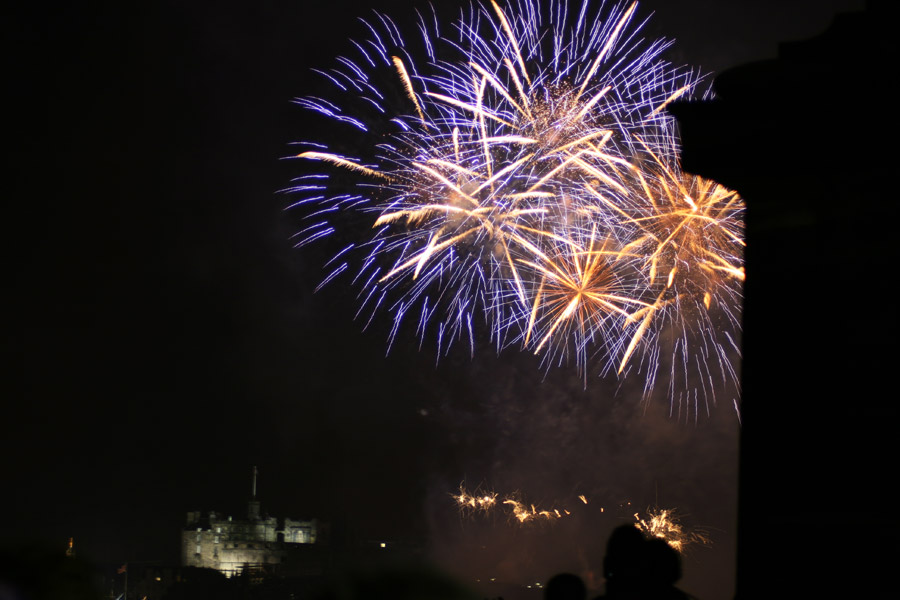 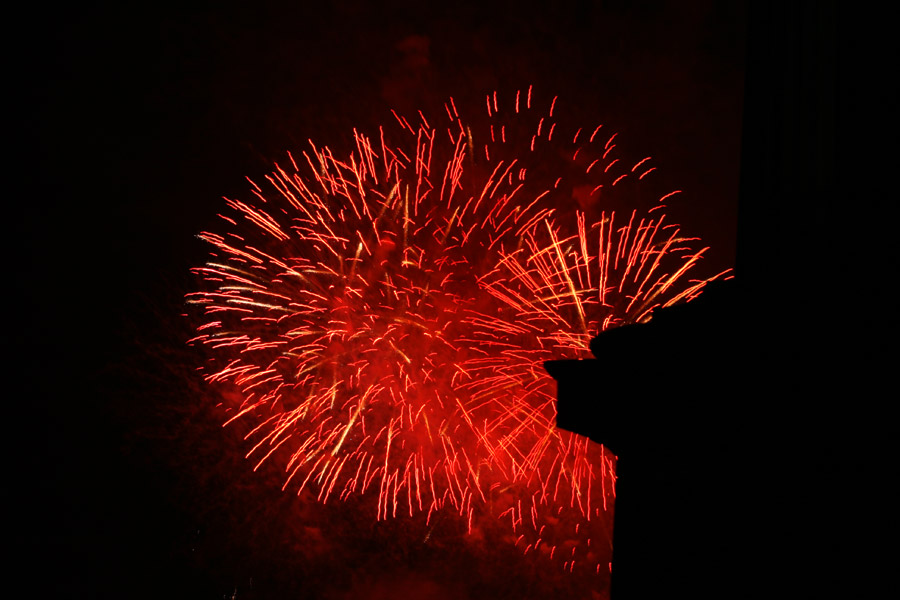 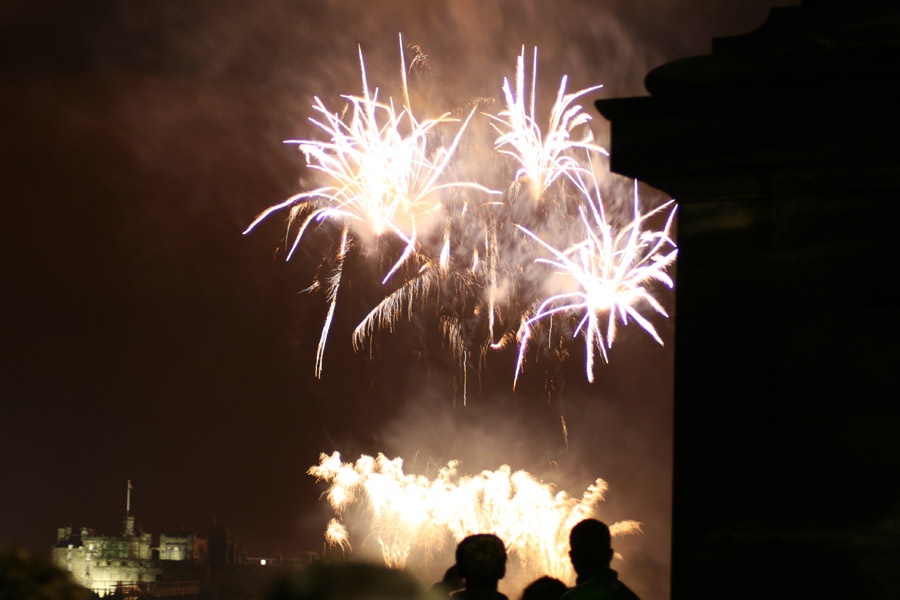 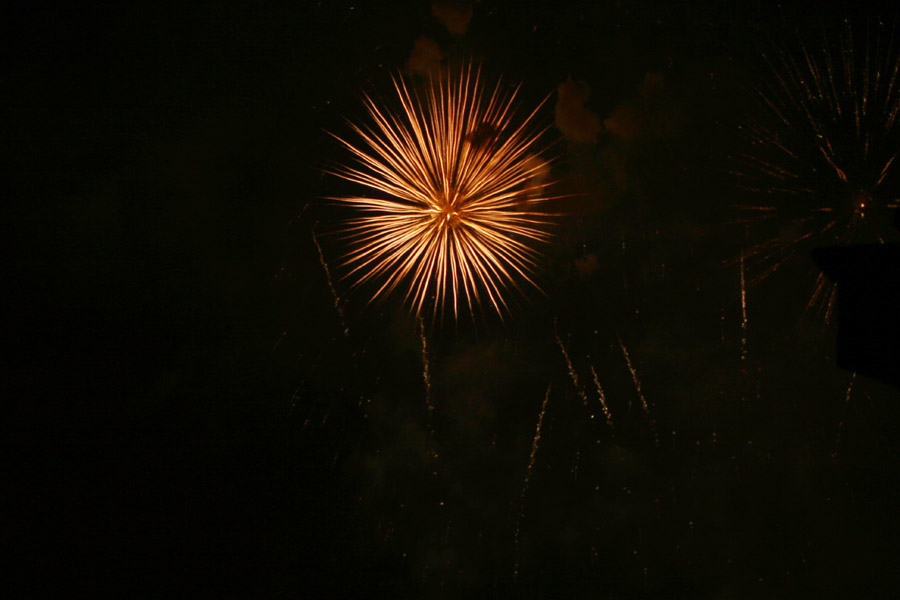 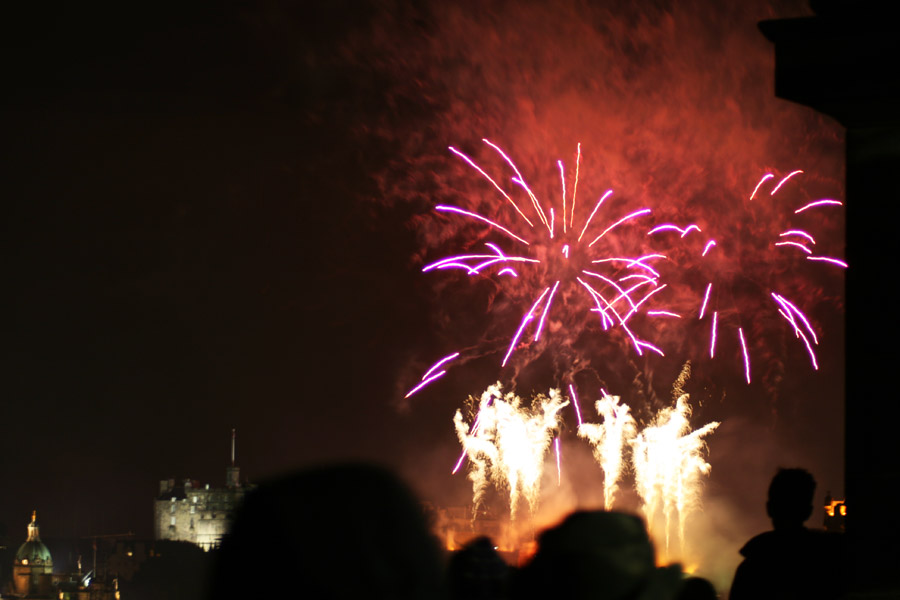 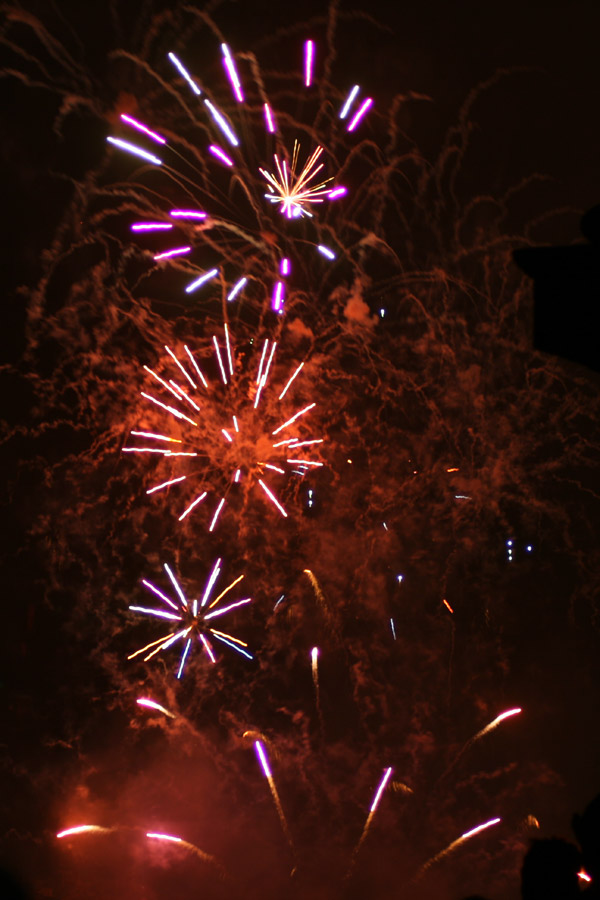 So that’s the Festival over for another year. As ever, it doesn’t seem like so long ago that it started, but that’s it gone until next year.