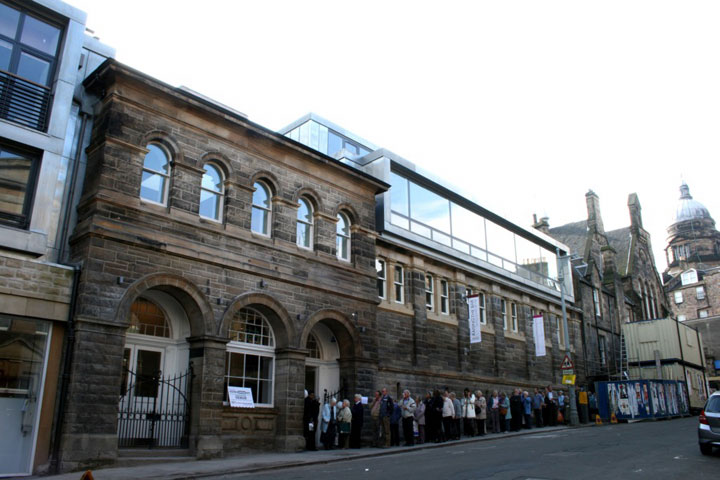 Today was Doors Open Day in Edinburgh, where buildings normally closed to the public are opened for the day.

There were two buildings I wanted to see – Dovecot Studios which were converted from Victorian Baths, and Richard Murphy Architects, also located in a redeveloped old building.

It seems like we’re getting our summer weather late this year as it was another gloriously sunny and warm day as I set off to walk up towards South Bridge. I turned down Infirmary Street and was greeted with a huge queue of people waiting to get in to Dovecot Studios. It seemed to be moving very slowly, so I took some photos outside and then left.

I dropped down onto the Cowgate, a road passing under South Bridge, and headed west, turning up onto Old Fishmarket Close. This narrow street is on a steep hill and is characterised by shorter buildings at the top, and taller buildings at the bottom. 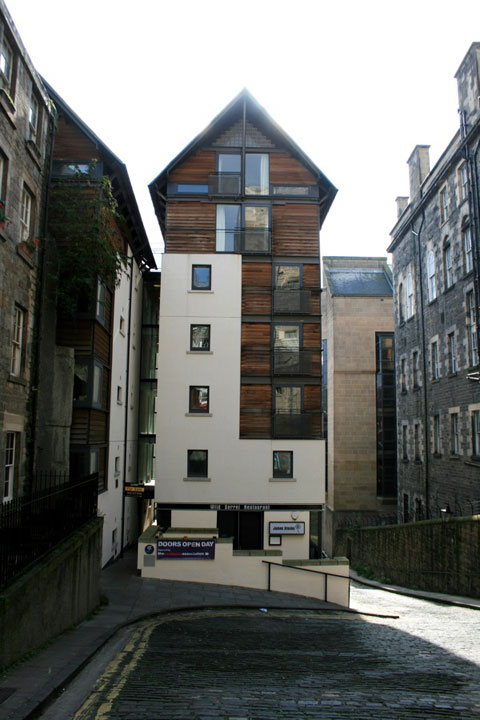 Tucked away behind the tall modern white apartments is Richard Murphy Architects, located in the old Edinburgh Free Sabbath Breakfast Mission which they converted. 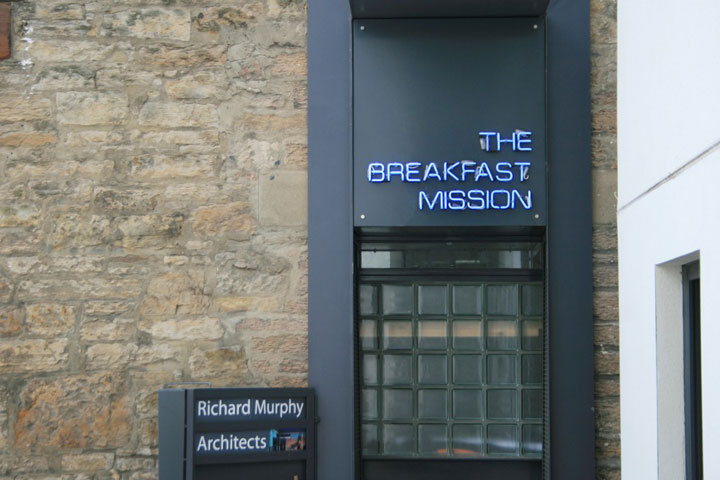 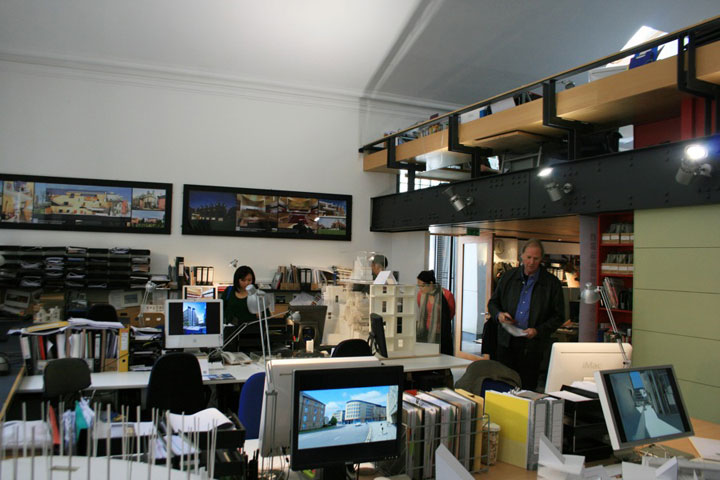 I walked back down onto the Cowgate, stopping to take a picture of a Gothic arch on a wall. 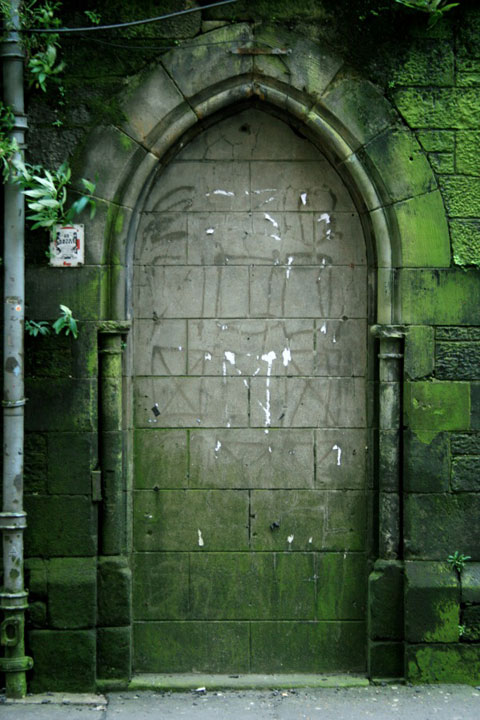 I continued on up over the Royal Mile and down onto Princes Street where I was meeting my parents for lunch. We went to the Guildford Arms which has an amazing wood interior with an ornate plastered ceiling.

After lunch I went to St Andrew Square for a coffee at the smart new Coffee Republic café situated in one corner of the square. 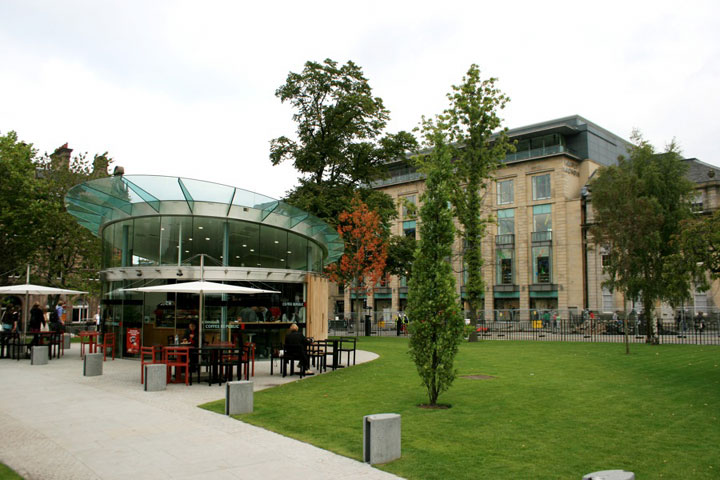 Just off the square is the (old) headquarters of the Royal Bank of Scotland.

After finishing my coffee I went back down to Princes Street to do some shopping, passing Edinburgh Castle on the way home. 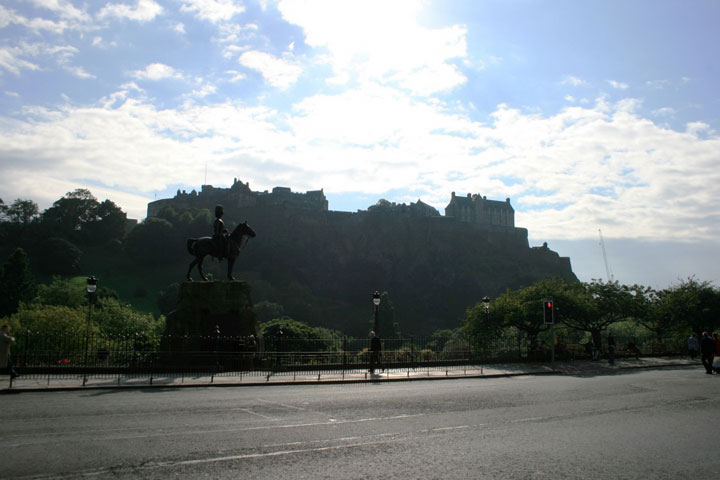