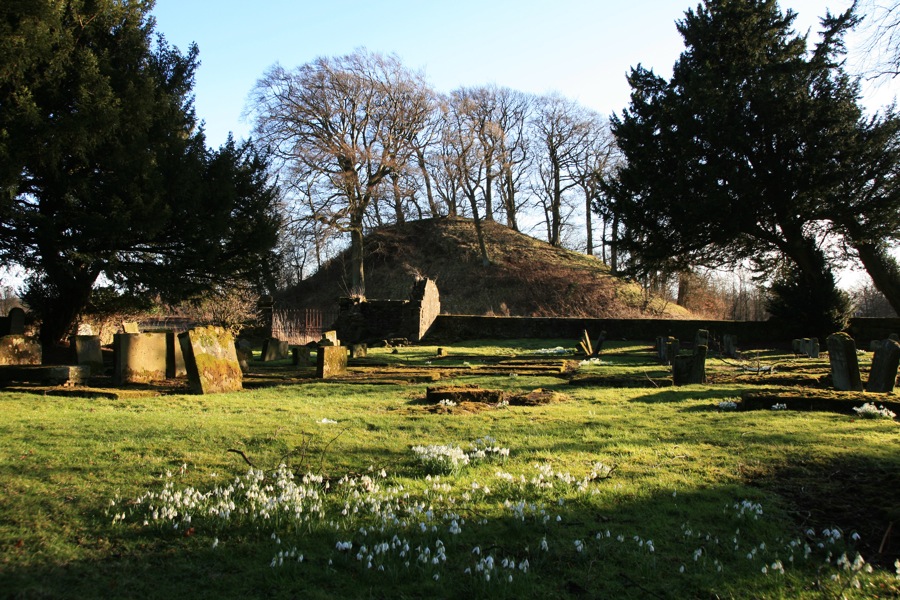 Dunipace Castle and the Hills of Dunipace

We headed out beyond Falkirk to Dunipace today, to look for the remains of Dunipace Castle. I always imagine this area as being more industrial than it actually is, and there’s a lot of history still to be found here.

Dunipace first appears on record in the 12th century, in a document from Pope Alexander III to Geoffrey, the Abbot of Dunfermline, which mentions “the chapel of the castle of Dunipace”. The chapel seems to have been dedicated to St Alexander, and it and the surrounding lands were owned by the Abbey of Cambuskenneth.

Although the chapel has now gone, there is still a graveyard here today. As well as the more modern cemetery, there is also an older burial ground tucked away in a corner, shrouded in trees. Although certainly not 12th century, there are a couple of headstones dating back to the 17th century, and beyond the graveyard is Dunipace motte, one of the Hills of Dunipace.

This is probably the site of the first castle at Dunipace, the one mentioned in the 12th century, and may have taken the form of a small wooden or stone tower perched on top of the hill. Nothing of it now remains, and the motte is covered in trees.

Not far from this motte is another of the Hills of Dunipace, but this one is longer and of a less uniform shape. Also covered in trees, it has been proposed as another possible site for the earliest castle at Dunipace.

It may of course be that there was a castle on both hills, a small one on the smaller hill first, followed by a bigger one on the larger hill when the site became more important. Without any clear documentary evidence however, this is just conjecture.

In the 15th century the Abbey of Cambuskenneth sold the lands of Dunipace to the Livingston family, and it may well have been around this time that a new Dunipace Castle was built.

Again, there seems to be a lack of historical references to this newer castle, but at least some of this one still survives. All that now remains is an octagonal stair tower, which was left standing and converted into a dovecot when the castle was demolished and replace by Dunipace House, probably in the 18th century. The tower stands at the corner of a field, hidden from the cemetery by a screen of trees.

At its base is a blocked entrance doorway, and on the next face of the octagon is a bricked up window.

Projecting from the side of the tower are the remains of a wall, indicating that this stair tower was inserted into the re-entrant angle of an L-shaped building.

The opposite wall of the re-entrant angle has partly collapsed, leaving a large hole in the side of the tower.

Clambering up the rubble into the tower reveals that the stairs have been removed, and replaced with nesting boxes.

It’s a shame that more of the history of Dunipace isn’t known, but what is left offers a tantalising window into the past.

Walking back to the car, we spotted some purple crocuses growing beside some mossy logs. 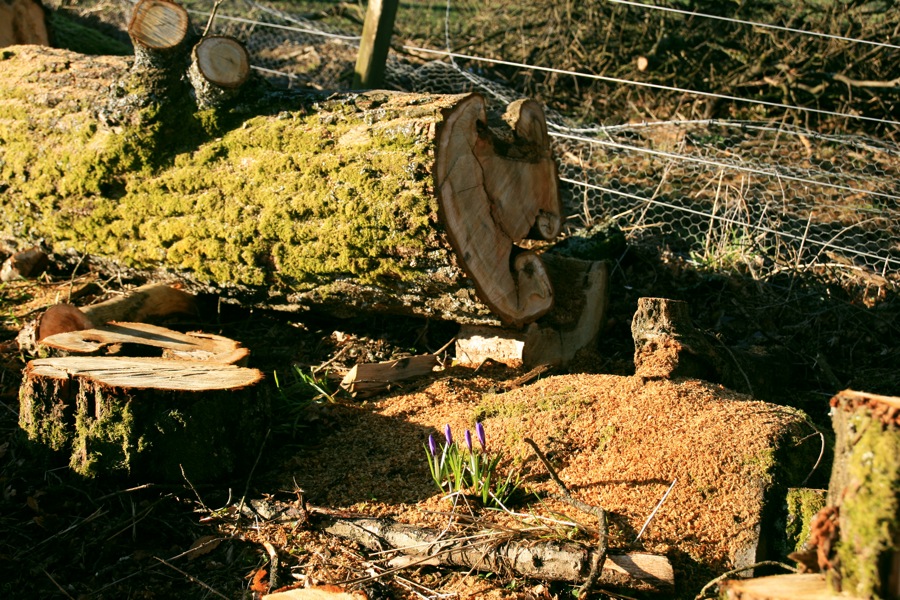 Further on was a carpet of snowdrops. It seems that this is the closest thing we’re going to get to snow during this mild winter! 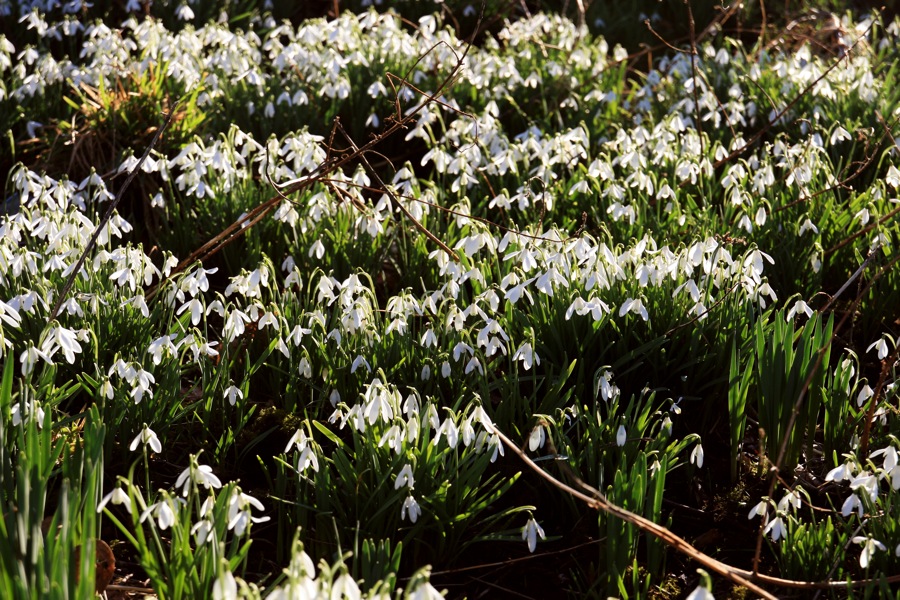