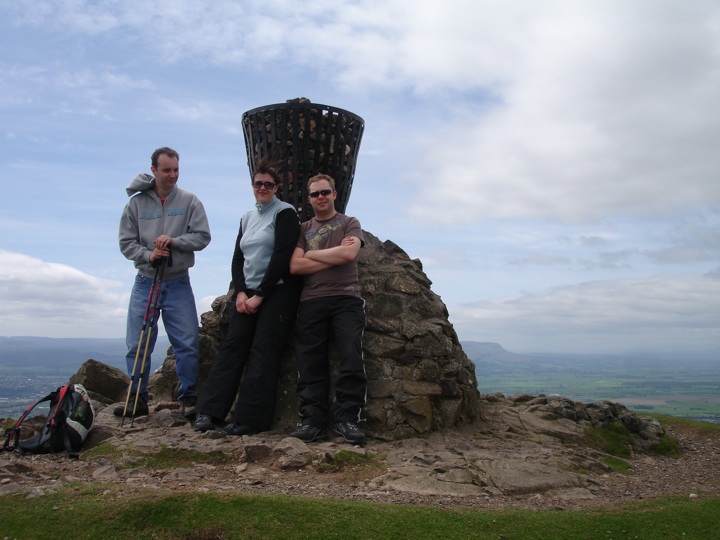 Several of my friends expressed an interest in walking the West Highland Way this year, so today I took Gregor, Gail & Bruce out for a gentle practice walk. Since half of us live in the east and half in the west, we met halfway at Stirling and drove up to the edge of Sheriffmuir.

I didn’t want to scare anyone off by starting out with a big hill, so we started off with Dumyat, a small hill at the end of the Ochills. The path rises slowly to begin with before getting steeper nearer the summit – not too tough, but steep enough to give everyone a bit of a workout.

We stopped at the top to eat the Cornish pasties we’d cunningly bought in Stirling earlier, and admired the view down to Dumyat fort below, and the Wallace Monument beyond.

The walk didn’t take particularly long, so we drove down to Bridge of Allan (via the Sheriffmuir Inn for a refreshing drink!) and walked up to the Wallace Monument. 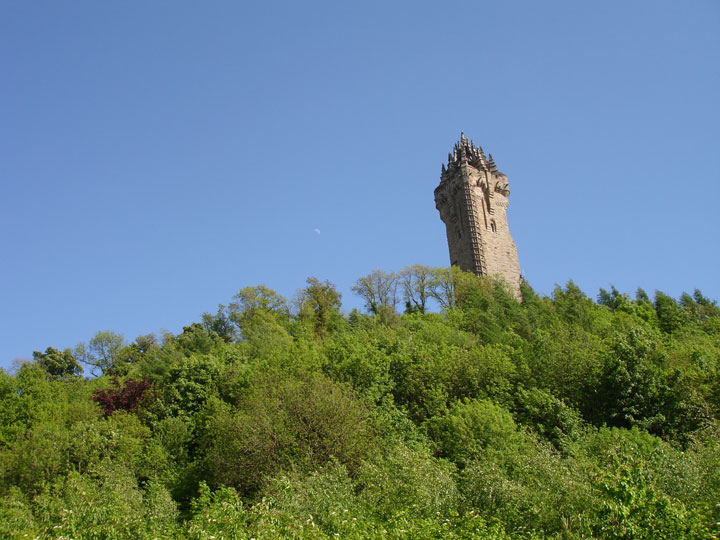 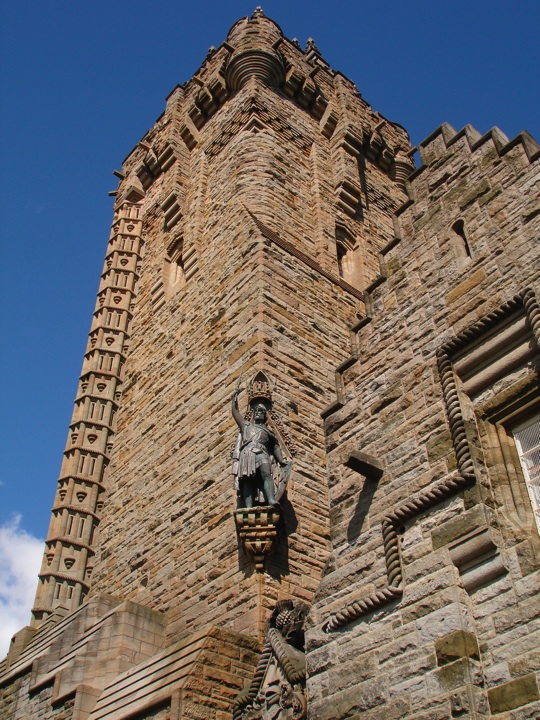 The Wallace Monument stands on the volcanic rock of the Abbey Craig, which looks down over Stirling below. 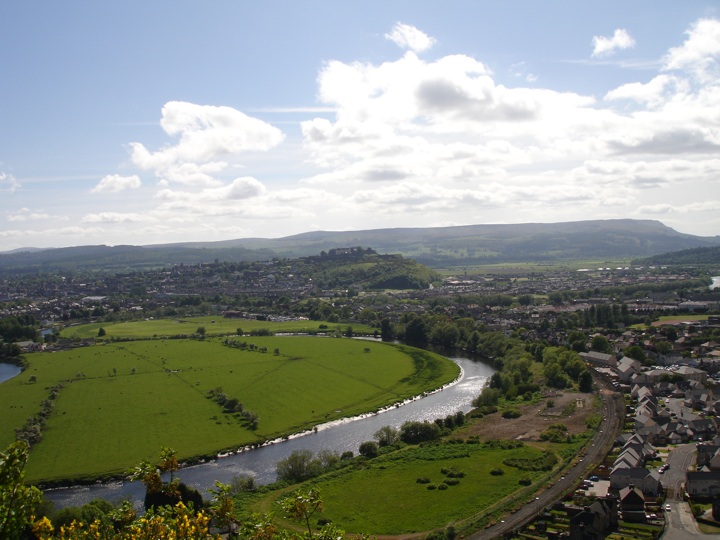