Today’s weather forecast looked decent, cloudy but no rain – certainly better than tomorrow’s – so I decided to head to Bridge of Orchy to do some mountain biking. By the time I got to the car park next to the Bridge of Orchy hotel it was apparent that the weather forecast was wrong, with a light but persistent drizzle falling. I got my bike out of the car and set off over the River Orchy.

There’s a mountain bike track marked on the Landranger map, a circular route through the forest to Eas Urchaidh, returning on farm tracks on the opposite bank of the river. A sign at the edge of the forest also shows the route – it’s entirely correct when it states there are some very steep sections.

The first climb was a bit of a shock to the system after the christmas and new year festivities, and perfect for blasting away the last of my holiday cold! After getting up to a decent height the track continued to climb steadily along the edge of Glen Orchy. 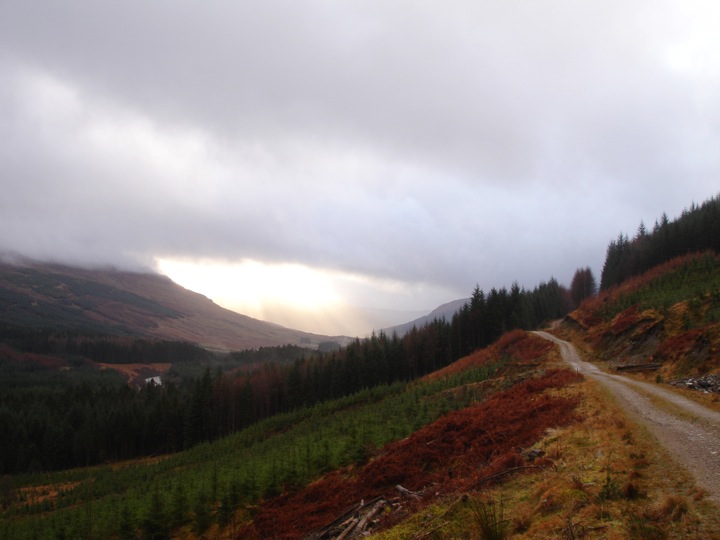 After what seemed like a few miles of constant climbing (although there were a few descents too) I turned a corner to be presented with a long downhill section. 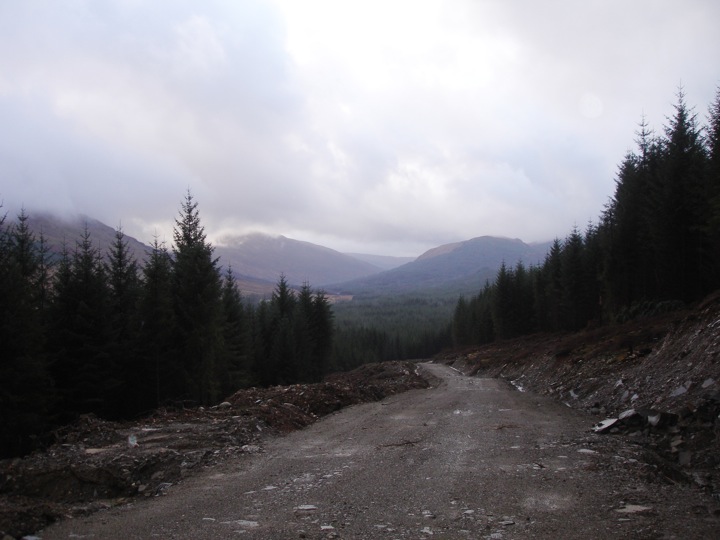 As I sped down I passed a small sign pointing into the forest to my right, but according to the map I was going in the right direction so carried on to the bottom. The remnants of logging operation were strewn across the track, and I had to get off my bike and carry it over the logs.

After maybe half a mile of getting on and off the bike I came to a dead end that wasn’t marked on the map. The sign I passed seemed to have been a diversion, so I had to cycle back up the hill to the turn-off onto a narrow track through the forest. The rain hadn’t done the track any favours, but it was enjoyable cycling along the muddy path and through small fords where streams crossed the track.

A few miles down this track things got significantly wetter though, and I came off my bike a couple of times when the wheels got so bogged down in the thick mud that they stopped dead. Then I misjudged the depth of a ford and ended up in ankle-deep freezing water – very disappointing!

As the track got muddier and muddier I found myself having to get off my bike more frequently, and with the light fading I decided I would be better off turning around and retracing my steps rather than continuing on into the unknown.

Reluctantly I made my way back the way I’d just come, taking care not to soak my feet again in the ford (easier said than done). As I rejoined the wider track the rain stopped briefly, and after climbing up the downhill section again I stopped to take a photo, a rather gloomy view of Beinn Dórain. 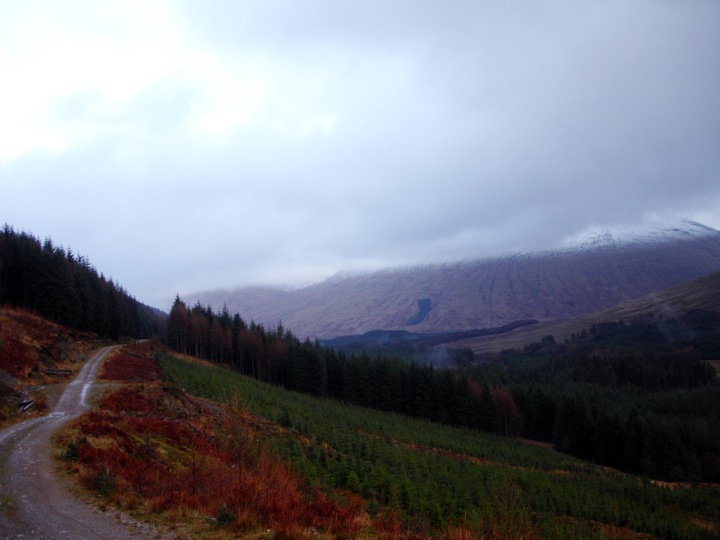 It seemed like I was constantly climbing on the way back, although it seemed easier than I’d expected, and at last I was rewarded with the last steep downhill section to the edge of the forest. I stopped to take some photos of the River Orchy – in spate after all the rain – before cycling up to the car park and the relative warmth and dryness of the car. 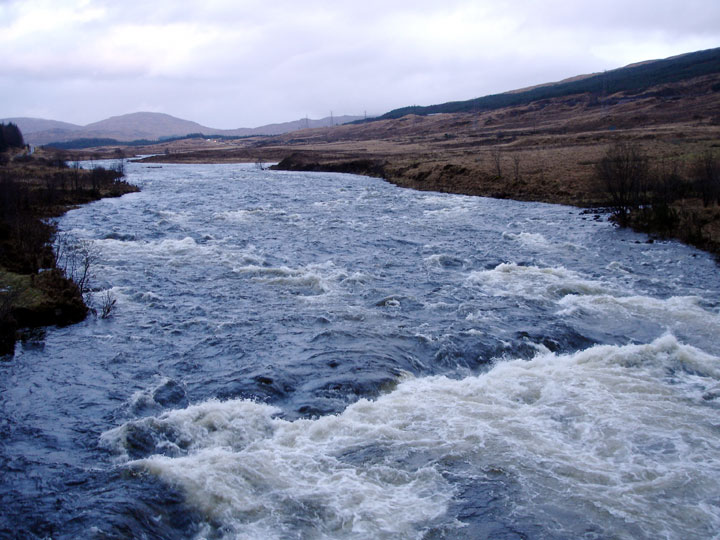 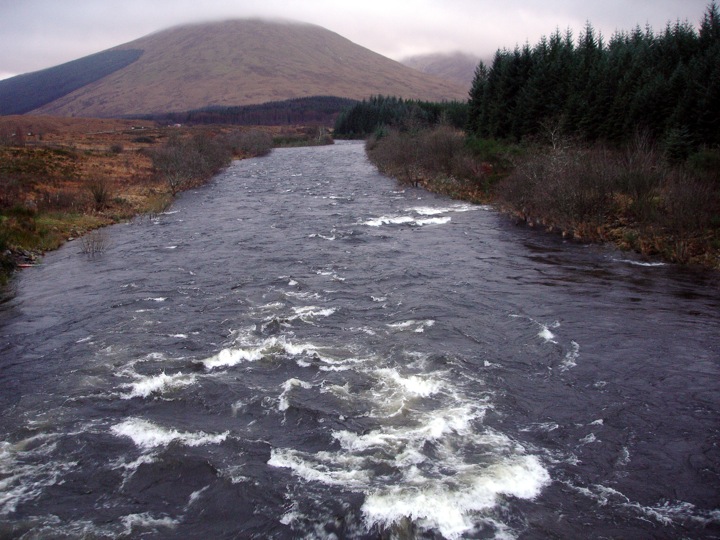