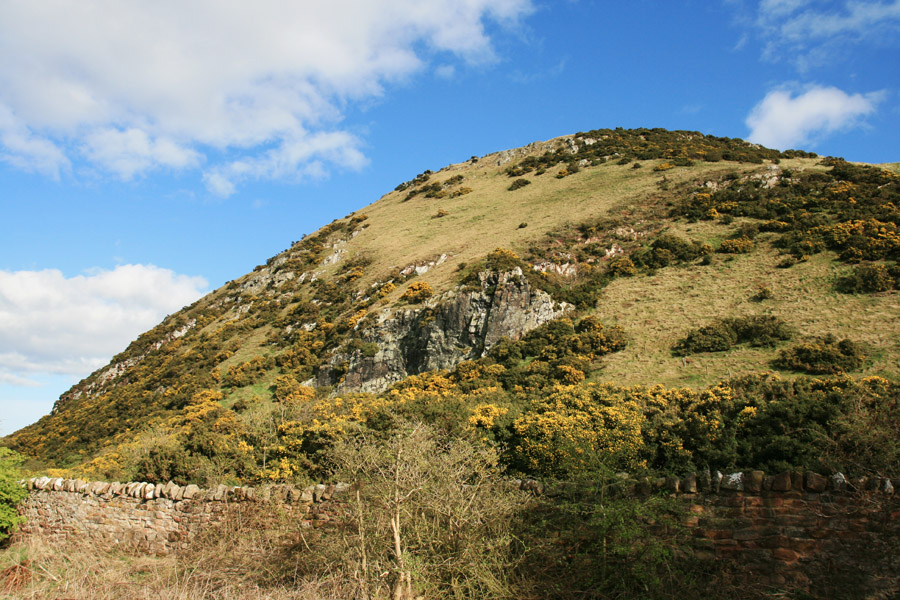 I achieved a long-held ambition today – to climb North Berwick Law. It’s not that there’s anything particularly difficult about climbing it, I had just never got around to it!

Rising 187 metres from the seaside at North Berwick, this volcanic plug was formed around 340 million years ago, and now dominates the surrounding landscape. From the car park at the bottom, the task in hand is clear.

A fort was built on the Law several thousand years ago, defended by three stone-built walls stretching around the hill. Most of the stone has now slipped down the Law’s steep slopes, up which we started to climb, stopping for a breather and to admire the view of Arthur’s Seat and Edinburgh in the distance.

As we climbed, the path got steeper and the views got better, the sun lighting up the farmland to the south. 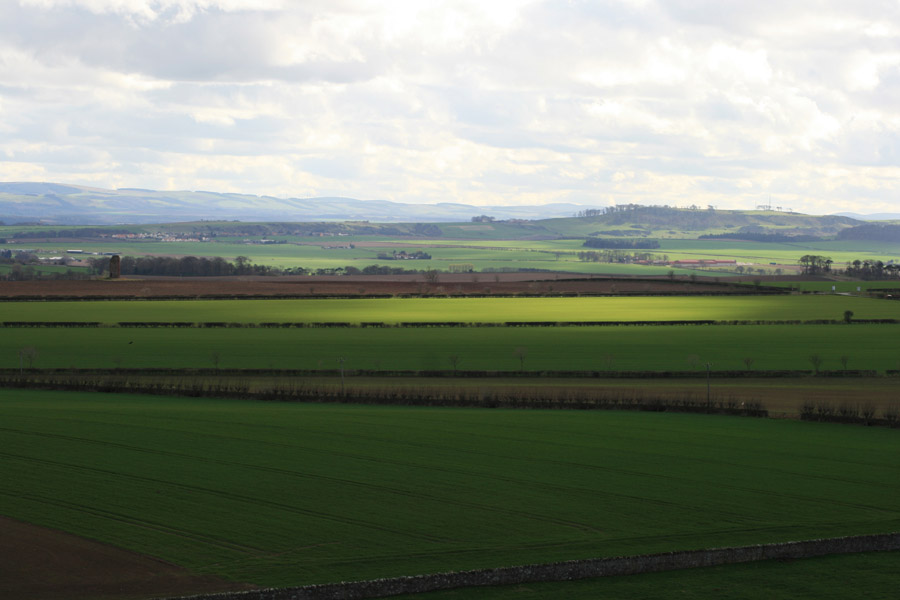 To the south-west a farmer was ploughing his field next to the car park. 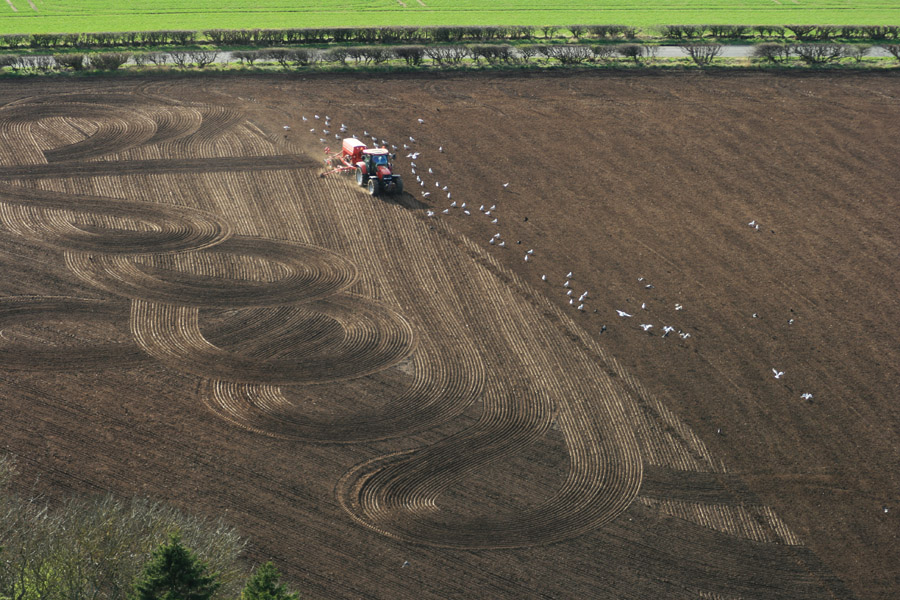 The path starts to curve around the Law to the west, revealing the River Forth in all its glory (and also emphasising how steep these slopes are in places).

On we pressed with the relentless climb, the summit coming into view.

When I say relentless, there was plenty of relenting in order to take photos of the amazing views. To the north, North Berwick laid out below us, with the island of Craigleith beyond.

To the south-west, the size of the car park gives you an idea of how high we had climbed.

Before long we reached the top, and marvelled at the panoramic views. An arch made from a whale’s jaw bone crowns the summit. This one is actually a fibreglass replica, installed in 2008 after the previous one, put up in 1935, was deemed unsafe. It had replaced another arch erected in the 1850s, which had itself replaced another set from 1789, which had in turn replaced the original whale bone arch built in 1709.

To the east we could see Tantallon Castle, a curtain wall castle stretched along the edge of the cliffs.

To the north-east another volcanic plug, the Bass Rock, covered in and surrounded by seabirds.

To the north-west the beautiful golden beach of Broad Sands, stretching its way along the East Lothian coast.

The views from the top of North Berwick Law are simply stunning, particularly on a day with as good weather as today. It was well worth finally making the effort to climb it.