When I got up this morning it was cold and dark, but by the time Laurie had come through from St Andrews and picked me up the sun was rising in a clear blue sky as we headed west to Perth then north to Pitlochry. We were on our way to Ben Vrackie, a Corbett just north of Pitlochry.

The town was fairly quite as we drove through and up to Moulin, turning left at the Moulin Inn and heading up to the car park, which was also quiet – not surprising given the time of year. Having said that, despite it only being the end of February, it was incredibly mild today, and after a quick warm up we set off up the track that follows the edge of a forestry plantation from the car park.

As we emerged from the forest the sun was bright overhead, and as we walked up over the moor towards Creag Bhreac and Stac an Fheidh we started to get a wee bit warm, and the fleeces had to come off. Passing between these two peaks Ben Vrackie revealed herself to us, capped with a sprinkling of snow.

We walked along past the icy cold-looking waters of Loch a’ Choire and began the climb up the rock-cut steps that lead to the summit. It was getting noticeably cooler now with every step, and when we stopped for some lunch overlooking Loch a’ Choire the fleeces had to go back on. 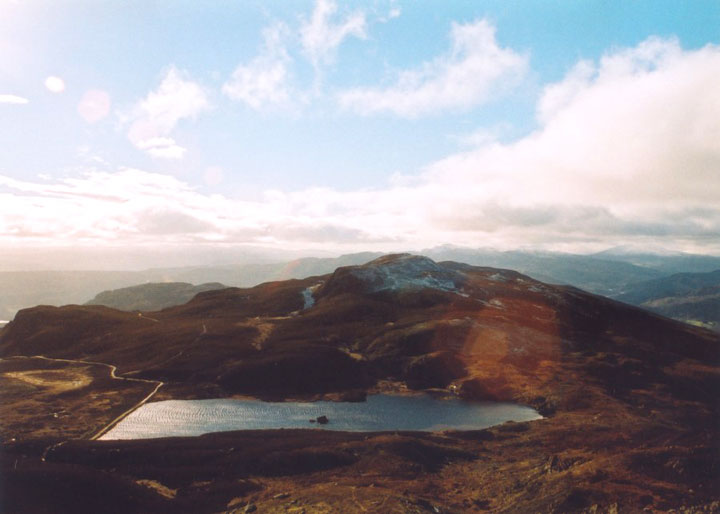 As we resumed our climb, we soon reached the snow line, which made the steps a bit slippy. 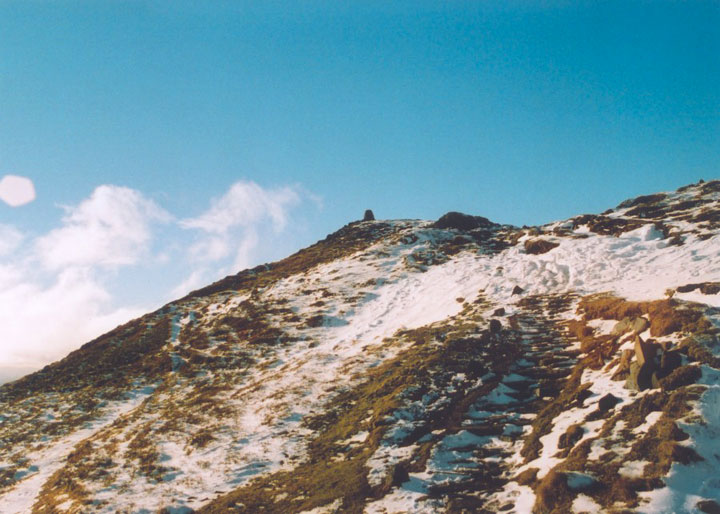 When we got to the flat top of Ben Vrackie we were rewarded with magnificent views towards the Beinn a’ Ghlo peaks, although low cloud prevented us from seeing much further. 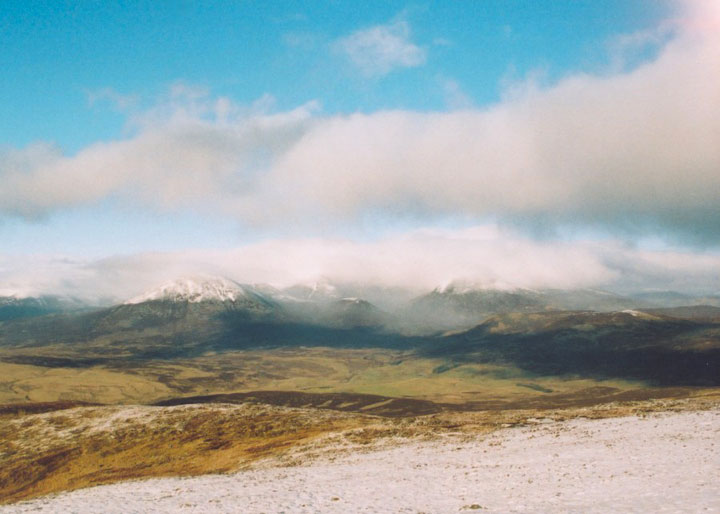 And at the summit itself, we took the obligatory photos of each other. 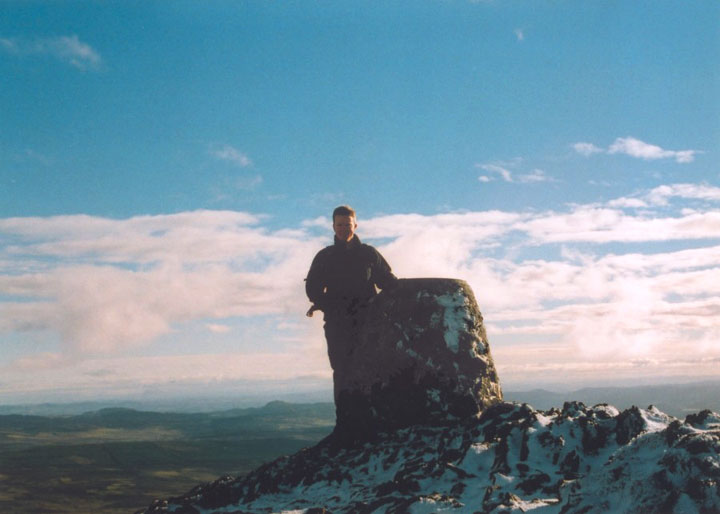 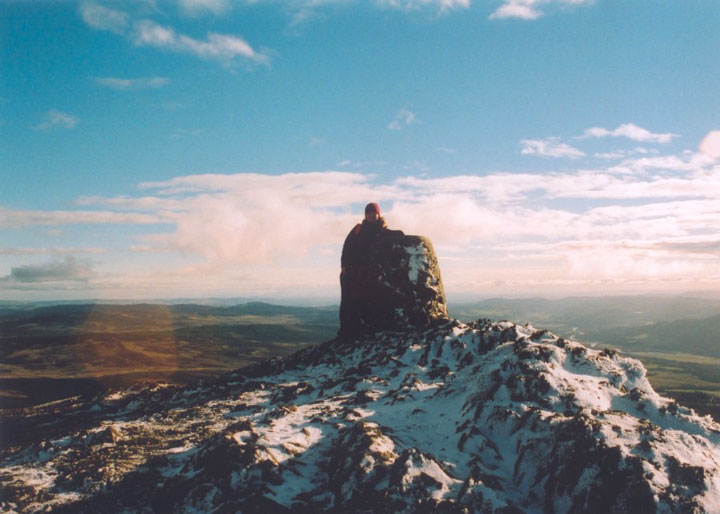 It was bitterly cold at the top and the wind was whipping up stinging ice crystals into the air, so we didn’t hang about for too long and started on our journey down. By the time we reached Loch a’ Choire it was quite warm again, which made for a pleasant wander back across the moor to the car park.

Just before re-entering the forest, we met Cathy, a friend from Dundee, who completely by chance had also decided to climb Ben Vrackie today! No trip up this hill is complete without a visit to the Moulin Inn, so we called in and treated ourselves to bowls of steaming French onion soup, a suitable reward for a walk in the cold.