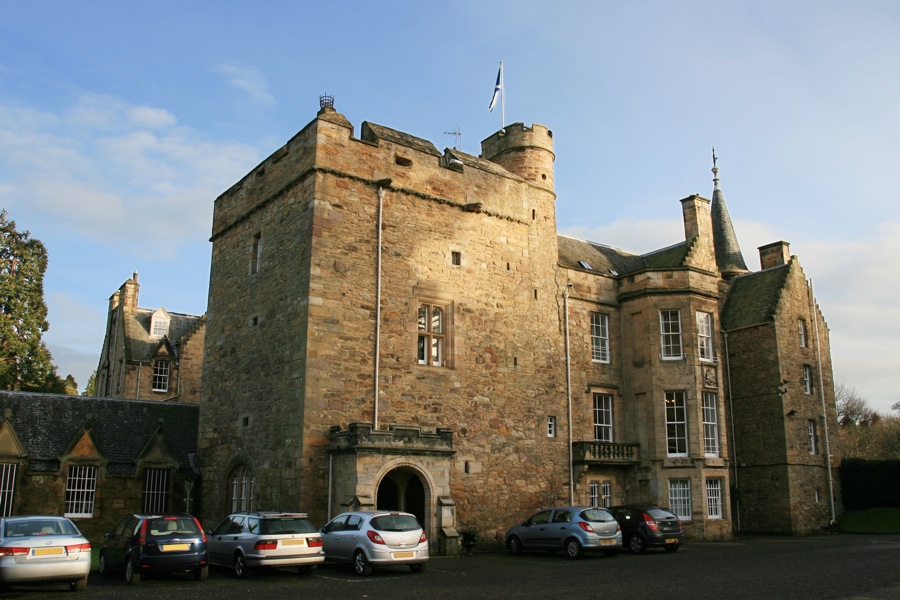 With much of the UK covered in a blanket of snow today, Edinburgh was sunny, dry, and disappointingly snow-free. We set off south to visit a couple of castles that have found a new lease of life as hotels.

Carberry Tower is a substantial early 16th century tower – probably incorporating the remains of an earlier castle – to which extensive 19th and early 20th century additions have been made.

The tower rises to a height of three storeys plus an attic, and is topped off with a crenelated parapet, on the north-west corner of which is an iron basket used for lighting fire beacons.

Just below the parapet level is a carved detail running around the tower, featuring what look like small winged faces, now disfigured after centuries of weathering. There are also stone drainage chutes carved to look like figures, the water pouring through the mouth.

Unusually the battlements of the tower feature gun loops, which is something I don’t think I’ve seen before, and it may be that they were a later addition (although the gun loops themselves do look old).

Attached to the tower is a tall narrow stair tower, thought to have been added in the late 16th century, surmounted by a caphouse, flag pole and Saltire.

Around the back of the tower, it can be seen that the newer additions create a U shape, and a low range has been built across the open end, forming an enclosed courtyard.

In the castle’s gardens, snowdrops are starting to appear, the only snowy things we saw all day.

Beside the tower are several old yew tress, bathed in golden light from the low winter sun. 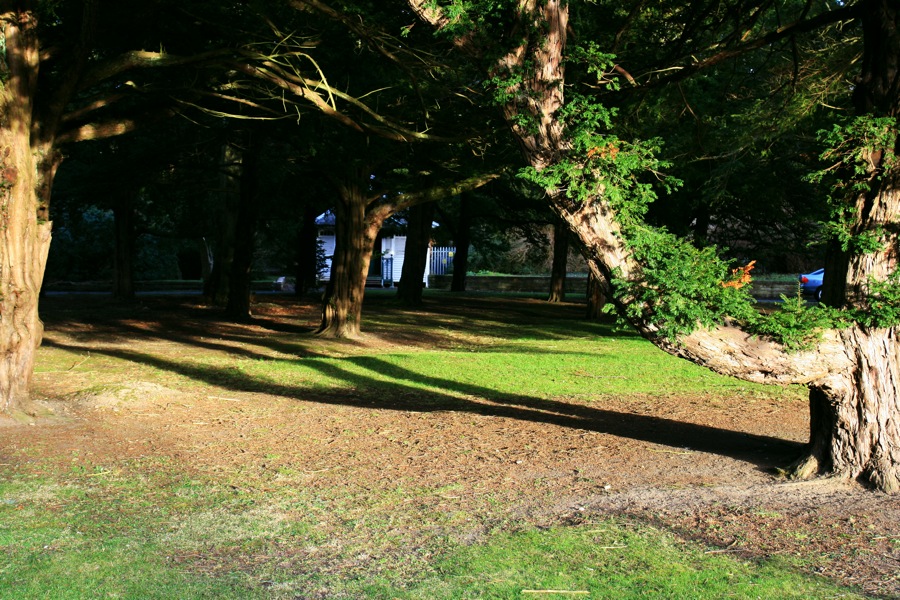 We took a momentary break from hotels next, stopping to take a long distance photo of Monkton House.

The main building of Monkton House is a mansion house built in 1680, but incorporating the bottom of a 16th century (or earlier) tower. In front of it is a stable block which was originally an L-shaped building built in 1625, and attached to the main house by a wing which has since been removed.

In a field next to Monkton House, some sheep were browsing, the ground flooded in peachy hues. 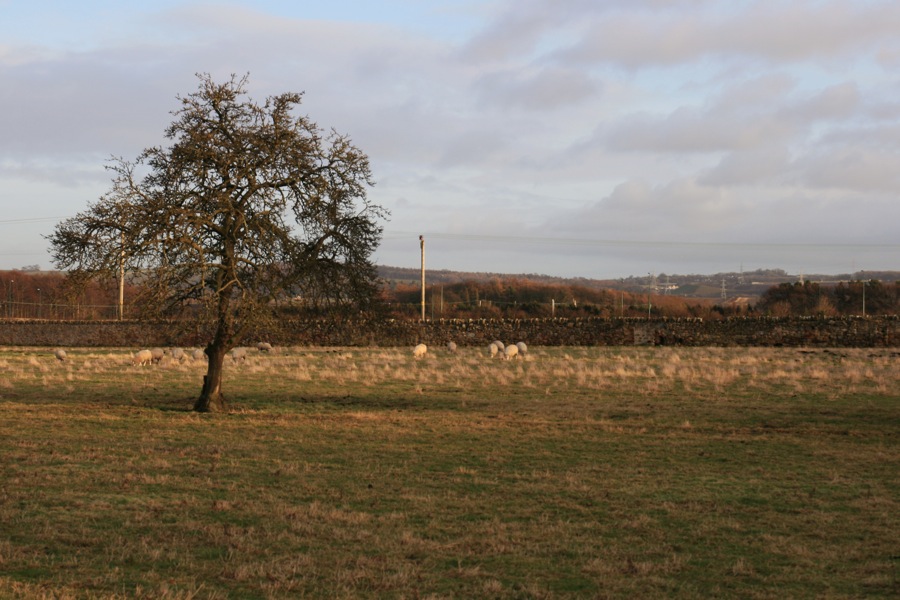 We were back onto the castle hotels next, moving on to Melville Castle nearby. I wasn’t sure if we’d be able get access as I’d read that it was being redeveloped ahead of being reopened in March.

But the gates were open, so we drove on in. Although there was a car parked at the front of the castle, there didn’t appear to be anyone around to ask, so we just took a few pictures quickly.

The current building, commissioned by Henry Dundas (later the first Viscount Melville), was completed in 1791 to a design by James Playfair. But it replaced a much earlier castle, possibly dating back as far as the 12th century, which was demolished to make way for its successor. The foundations of the old castle were discovered during renovation work in 1993.

Above the main entrance is a carved panel carrying the arms of the Dundas family.

Carberry Tower and Melville Castle are just two of the many castle hotels in Scotland, more of which can be seen here.