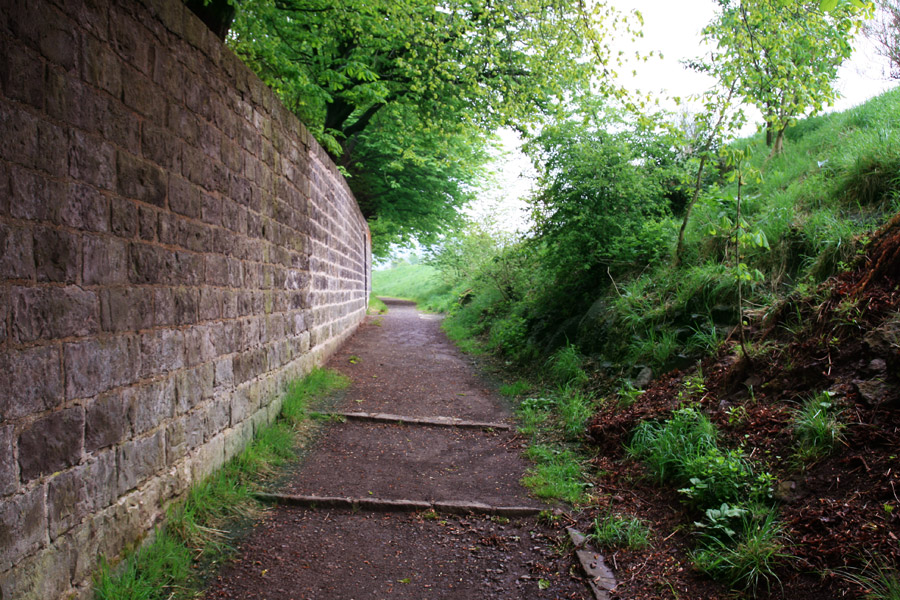 It was a misty day in Edinburgh today. The forecast was actually for it to be misty and muggy, but the mugginess didn’t materialise and it was just misty and cool instead. We decided to head up onto Calton Hill for a view of the city enshrouded in mist, taking the path along the back of Regent Gardens.

Despite it being early afternoon, the morning dew was lingering long into the day. 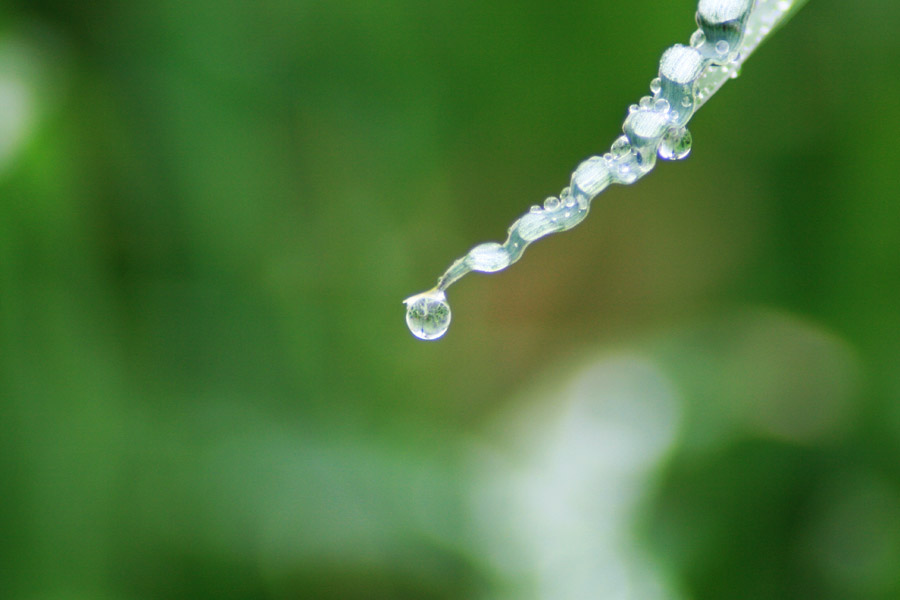 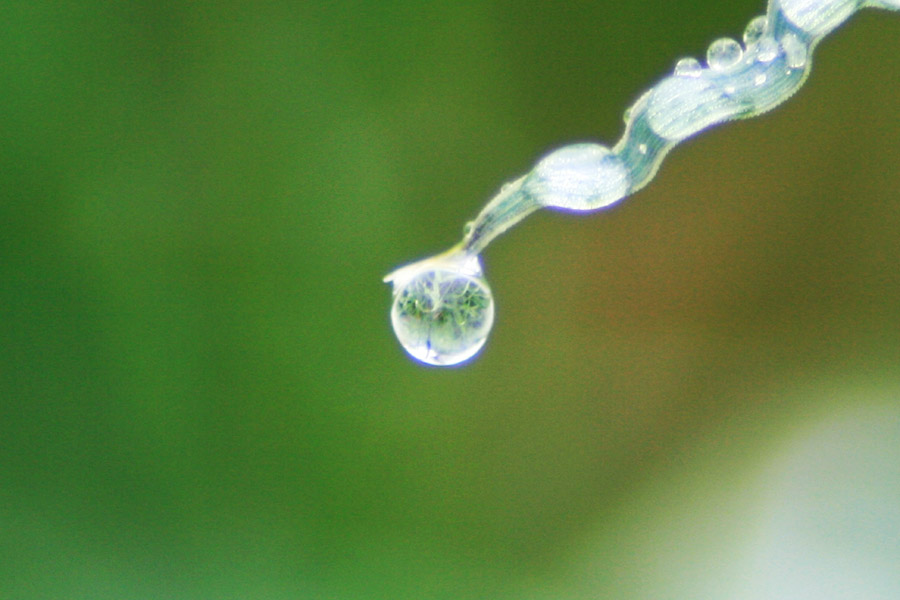 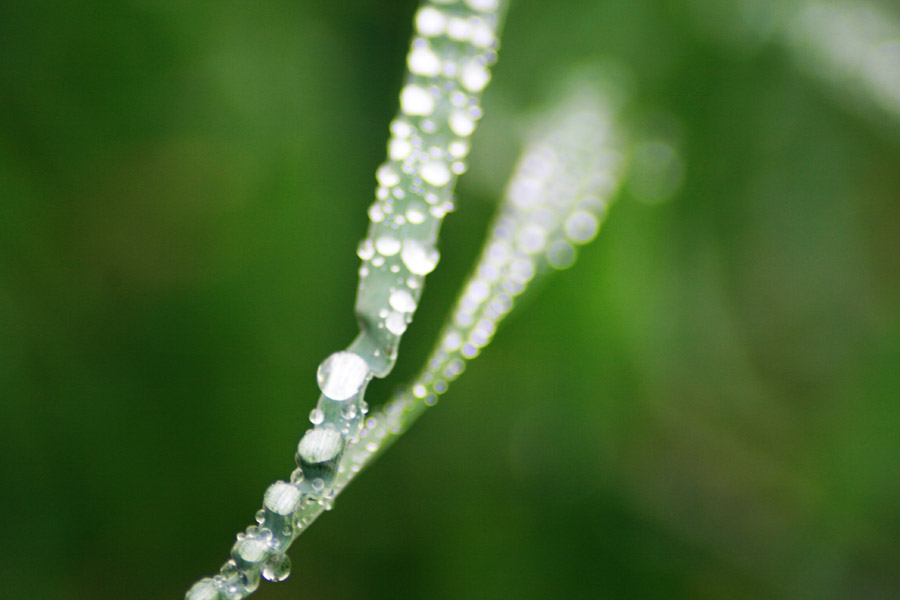 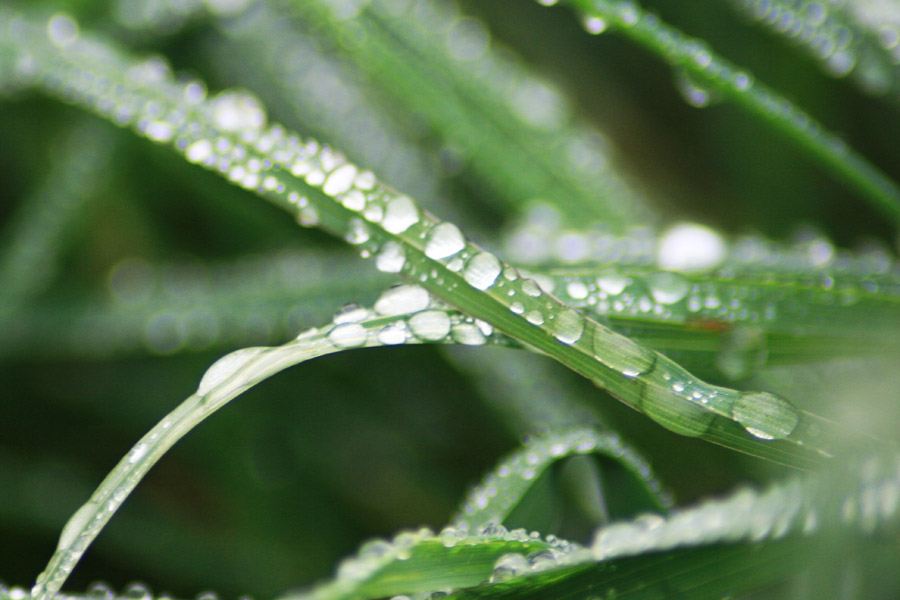 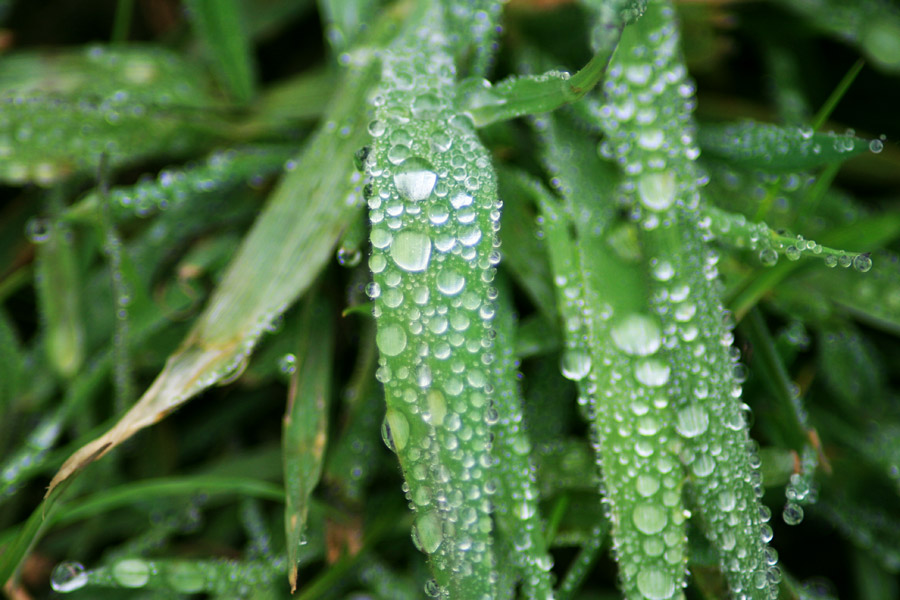 The path leads up to the Hume Walk, named after the famous philosopher David Hume, who lobbied the city council in the 18th century to build a walk “for the health and amusement of the inhabitants”. Looking west you can see the Balmoral Hotel and the Scott Monument.

We continued up onto the summit of the hill, where there are great views – even in the mist – north towards Leith.

Up on the summit there is a slightly different view of Edinburgh Castle, the Balmoral Hotel and the Scott Monument again, with the Dugald Stewart monument in the foreground.

To the south-east there is a good view over the Palace of Holyroodhouse and Scottish Parliament, with the hulking mass of Arthur’s Seat rising into the clouds behind.

Crowning the top of Calton Hill are a number of monuments, including the iconic National Monument of Scotland. Built in the 1820s to commemorate the soldiers who died during the Napoleonic War, it was designed by Charles Robert Cockerell and William Henry Playfair and is modelled upon the Parthenon in Athens.

From the west end of Calton Hill you look out over the city, with the Castle and the Balmoral prominent once again. Also visible is the tall obelisk of the Political Martyrs’ Monument, erected in 1844 in the Old Calton Burial Ground to commemorate five men who campaigned for political reform in 1793 and 1794.

One of the most photographed monuments on Calton Hill is the Dugald Stewart monument, another Playfair design, built in 1831 as a memorial to the philosopher.

We made our way down the steps at the south-west edge of the hill – considerably less slippy than when we were here in January – and across Waterloo Place to the Old Calton Burial Ground.

This is the final resting place of many of the great and good of Edinburgh, including David Hume
whose tomb was designed by Robert Adam in 1777. Beside the tomb is the Scottish-American Soldiers Monument, commemorating six Scottish soldiers who fought for the Union in the American Civil War.

Topped off with a bronze statue of Abraham Lincoln, when it was built in 1893 it was the first monument of an American president outside the United States. At Lincoln’s feet is a freed slave, clutching a book to show that he is now educated.

While walking up through West Register Street from Princes Street we discovered an ornately-decorated old print works and warehouse.

Formerly known as the Royal Bank Stationery Warehouse, it was built for Alex Cowan & Sons papermakers in 1864 by the architects George Beattie & Sons.

With Summer approaching, Spring has finally sprung in Edinburgh, and many of the city’s trees are blooming with blossom. 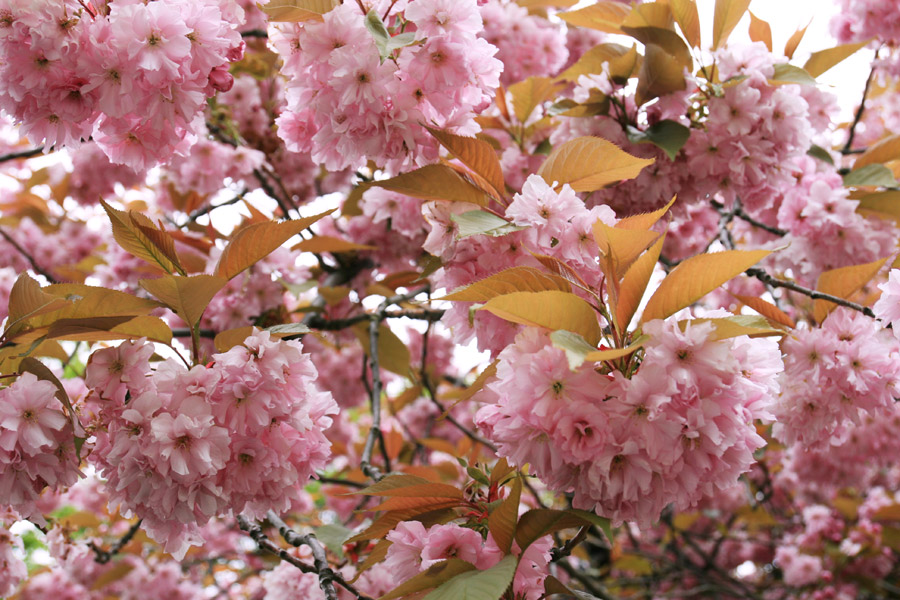 We were on our way to the Scottish National Portrait Gallery on Queen Street. Built between 1885 and 1890, it is a magnificent Gothic revival building in red sandstone. Over the entrance are teh arms of Scotland, carved in stone.

Perhaps even more magnificent than the exterior is the Great Hall, with numerous Gothic arches and a frieze by William Hole depicting important Scots through history.

The ceiling is decorated with a Gallery of Stars, consisting of thirty square panels painted with the signs of the Zodiac.

A staircase winds around the outside of the Great Hall, leading to the first floor from where there is a great view down to the ground floor.

From the first floor it’s possible to better appreciate the frieze of important Scots, including the likes of Robert the Bruce and Bonnie Prince Charlie.

On the walls of the first floor are large murals, also by Hole, showing the Battle of Largs.

We had a look around the gallery, which has paintings dating back to the 16th century, the oldest being a portrait of James IV from 1507, before heading back downstairs for another look at the Great Hall.

With the gallery closing, we made our way home back through the mist.