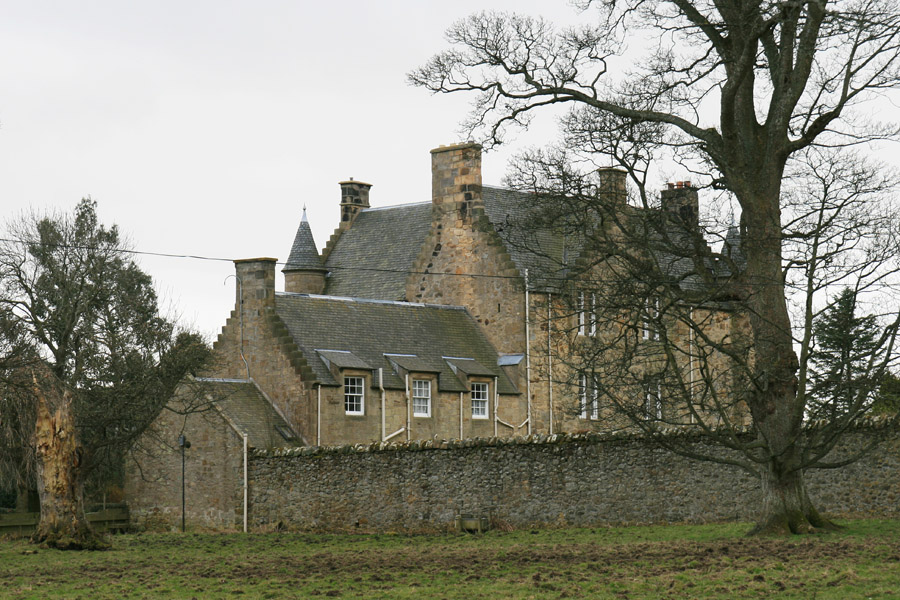 Despite the fact that it was raining this morning, I decided it would be a good idea to visit a souterrain today. The one in question was Crichton Mains souterrain to the south-east of Edinburgh. We took a slightly scenic route there and back though to visit a few castles on the way.

Our first was Southside Castle, a much-altered tower house probably built in the 16th century and now forming the main residence at Southside farm.

We followed the road around and rejoined the “main” road down to the small village of Ford, where Ford House stands. A late 17th century tower house, it is a good example of the development in castle architecture with the transition from purely defensive to more comfortable and residential.

Crossing the Tyne – the bridge having replaced the ford which presumably gave the village its name – we reached Pathhead, and turned off for Crichton. Crichton Mains souterrain is situated in the middle of a field, on a slight ridge.

Around the entrance are a number of dressed stones, but it only really hints at what is below.

The narrow moss-lined entrance and small hole still don’t give much of a clue as to the space there is inside.

But once through the small opening, the souterrain opens out both left and right, and it is tall enough to stand up in. The roof is a mixture of huge lintels and smaller stones forming an arch.

With the recent rain it was a bit wet and muddy underfoot, but it could have been much worse! Unlike some other souterrains, the end is just squared off rather than widening out into a bell shape.

The builders of this souterrain reused stone from a variety of periods, and it’s possible to see carved Roman stones from a nearby military post, and what looks like a lintel featuring cup marks.

Looking up the entrance passageway emphasises how small the entrance opening is compared to the interior of the souterrain.

I can’t really convey just how cool it feels to stand inside a near enough 2000 year old chamber.

We continued south and joined the A7 in search of a couple more castles before calling it a day, turning off onto the B6368 around the bottom of Crookston Mains Hill. Crookston Old House, so named to distinguish it from the 19th century Crookston House, started life as a tower in the 15th century, built by the Borthwick family, who still own it. Over the centuries it has been extended and remodelled.

Further along the road is Gilston Peel, a simple square tower that has now been restored (not entirely sympathetically).

We stopped one more time before home, next to a field between Gilston and Soutra Aisle (where we had been a month ago) to watch some newborn lambs playing, one of whom was particularly inquisitive. 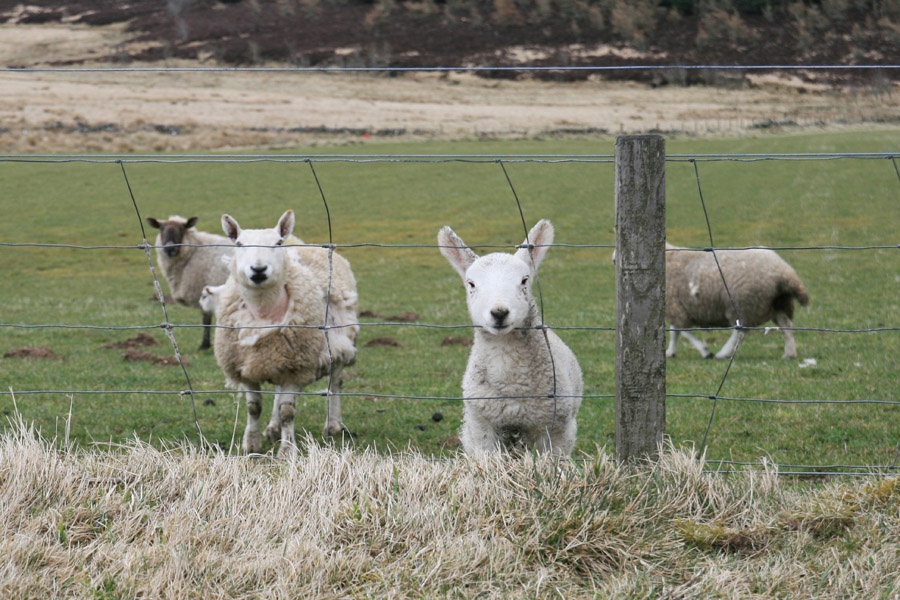