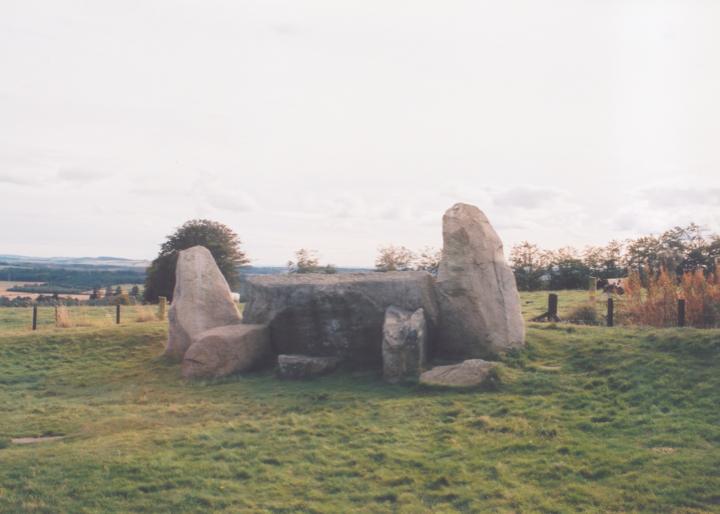 I had to go to Norway on business over the weekend and got back into Aberdeen airport at lunchtime today, so I thought I might as well take advantage of being up here and take a rather scenic route home. Aberdeen airport is actually at Dyce which is only a few miles from Inverurie, a veritable hotbed of ancient sites, the most celebrated of which is probably East Aquhorthies recumbent stone circle.

So I drove on up to Inverurie and out to East Aquhorthies. There’s a car park at the end of the road, which had a couple of cars in it already, so I parked here and walked up a short section of farm road, before taking a rough track to the right. I could soon see the tips of the stones rising above the undergrowth, and as I got closer the whole circle revealed itself to me.

The recumbent was the first thing that struck me (so different to the circles of Perthshire ) followed by the German girl sunbathing at the centre of the circle. After exchanging pleasantries I started to wander around the circle, drinking in the atmosphere. Bearing in mind how close it is relatively to the A96 and the airport, this is a very peaceful site. 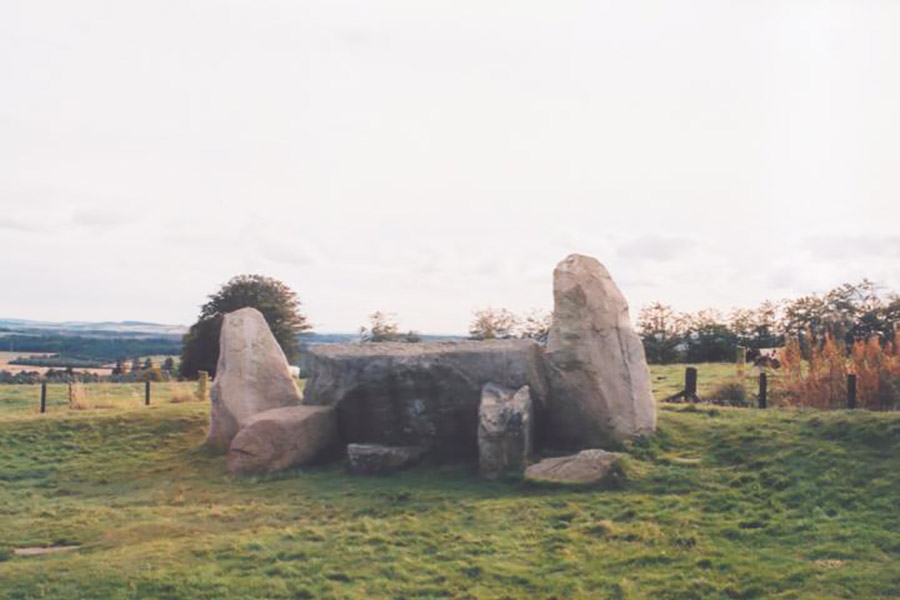 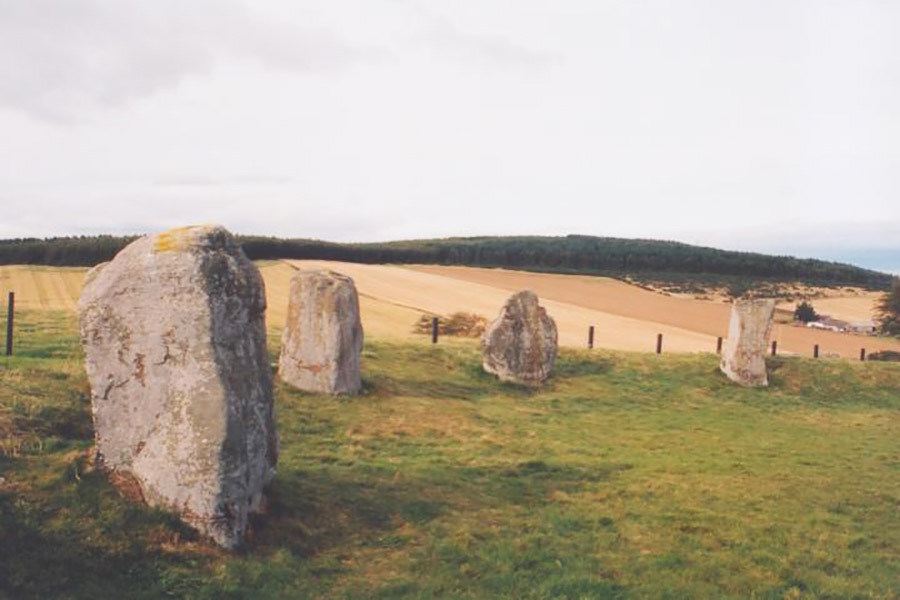 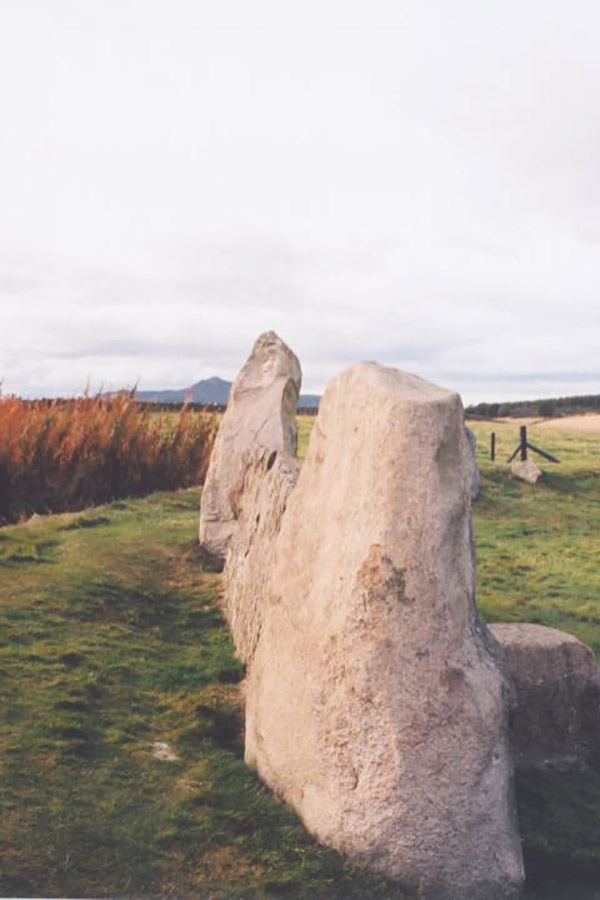 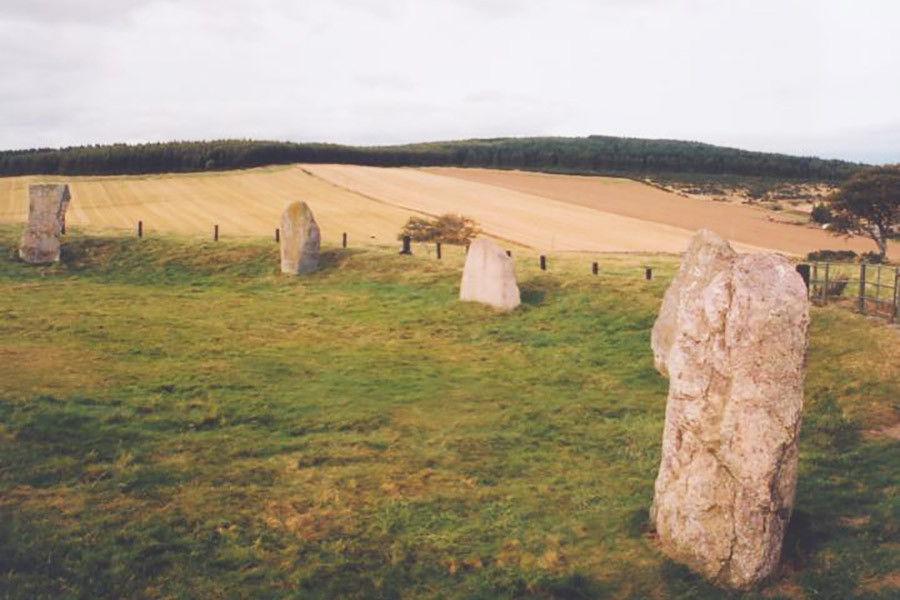 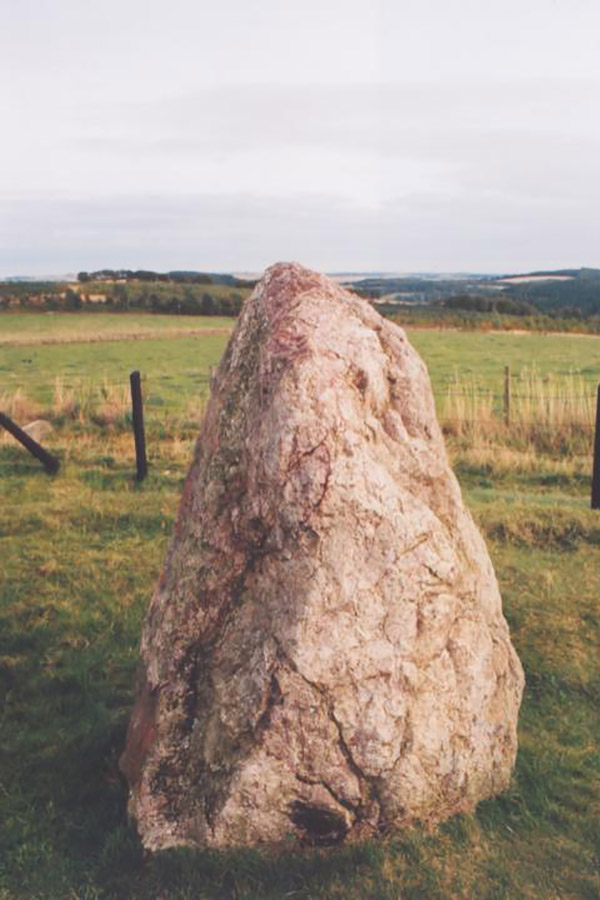 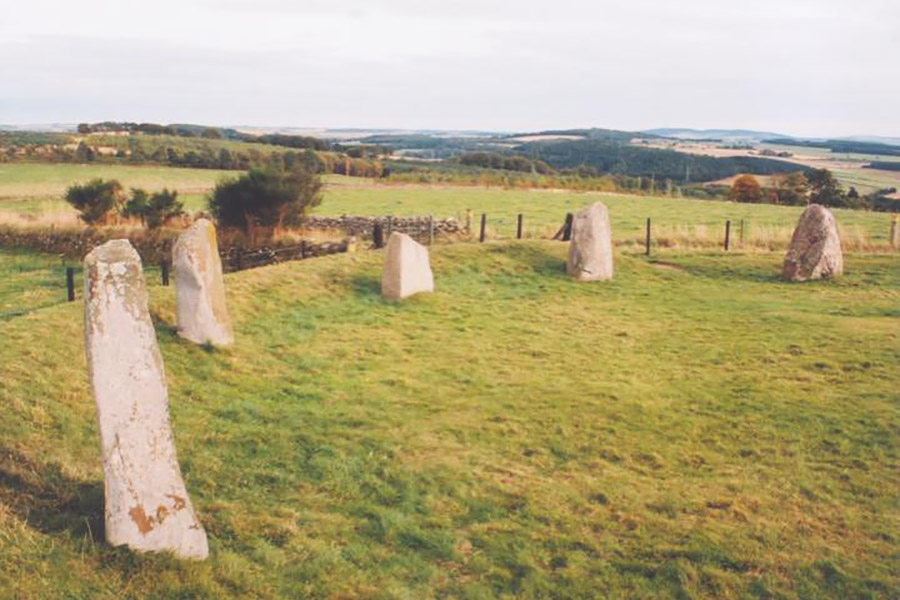 After spending a considerable amount of time walking around the circle, looking at the amazing colours of the stones, I wasn’t going to make it to most of the sites I’d ear-marked for visiting this time. I decided I could fit in one more before heading for home, so I walked back down to the car and re-traced my steps to Inverurie, then north on the A96, taking the next turn-off to the left. I drove through the village of Chapel of Garioch, and not long after was confronted with the magnificent spectacle of the Maiden Stone rising dramatically high above the road.

I parked the car at the purpose-built car park, and walked up to the stone to get a better look. The craftsmanship is exquisite, with a cross and various Pictish beasts and symbols carved in relief in the red sandstone, with interlaced knotwork patterns running down the sides of the slab. I had hoped to get to see a few more stones in the area, but time was marching on and my stomach was starting to rumble, so it was back in the car for the journey south via Balmoral and Glen Shee.