A wet weekend in West Wemyss

Even by Scottish standards it was particularly wet today. We waited and waited to see if the rain would stop, but it didn’t. So we went out anyway, hoping that by driving over to Fife we might escape the downpour, but it was relentless. Even the tops of the Forth road bridge had disappeared into the rain clouds! 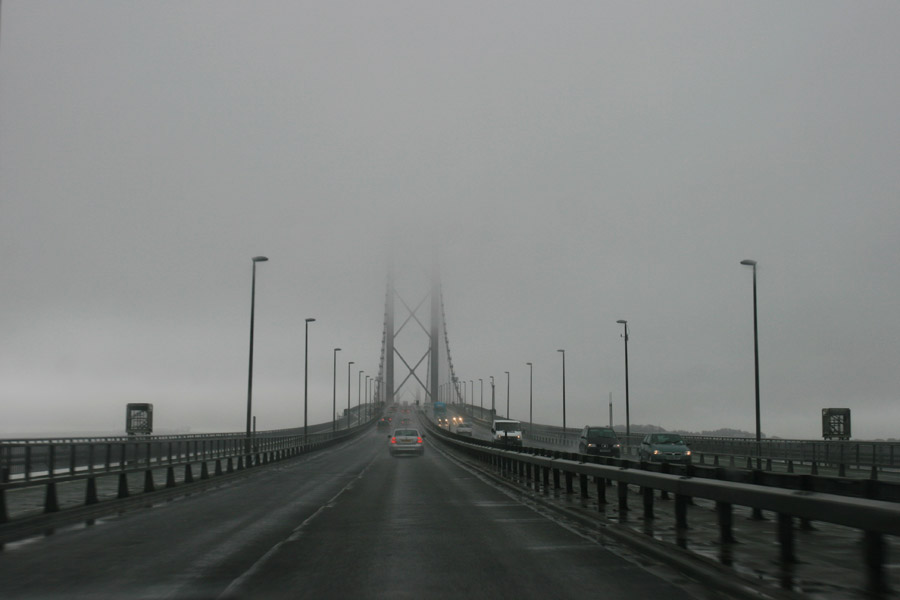 We were heading for a cluster of castles between Kirkcaldy and Leven. Wemyss Castle has been home to the Wemyss family since the 12th century, and is the principal seat of the chief of Clan Wemyss.

In 1160 David I made Duncan MacDuff the Earl of Fife, and he gave land to his two sons, one of whom received the lands of Wemyss. Duncan’s seat was the nearby Macduff’s Castle at East Wemyss, now in ruins.

But we started at the village of West Wemyss, parking next to the harbour and walking along the shore to West Wemyss Castle. Built in the 16th century, this tower house is now in ruins, and stands behind a 16th century wall interspersed with three round towers.

The castle is consists of a rectangular main block, with a round stair tower projecting from the front of it, which is topped off with a rectangular caphouse.

The ground floor is vaulted, and although it is now partly below ground level, part of the vaulting can still be seen where the outer wall has collapsed.

It’s not immediately obvious from these photos, but the rain was pouring the whole time, and I was taking photos from under an umbrella. This photo of the south-west corner tower of the wall in front of West Wemyss Castle certainly has a wetter look than the previous photos!

The sand on the beach here has a redness to it – not so easy to see on a grey day!

This isn’t surprising considering the colour of the red sandstone cliffs behind it.

We walked into West Wemyss, a village which grew up due to Wemyss Castle, and the involvement of the Wemyss family in coal-mining from the 15th century onwards. At the centre of the village there is an old tolbooth, built in 1511, with a passage under it leading to the sea.

We were soaked by now, so we abandoned our plans to head further up the coast past Wemyss Castle to Macduff’s Castle and instead headed back to the dry and warmth of the car, saving those castles for a day with better weather.