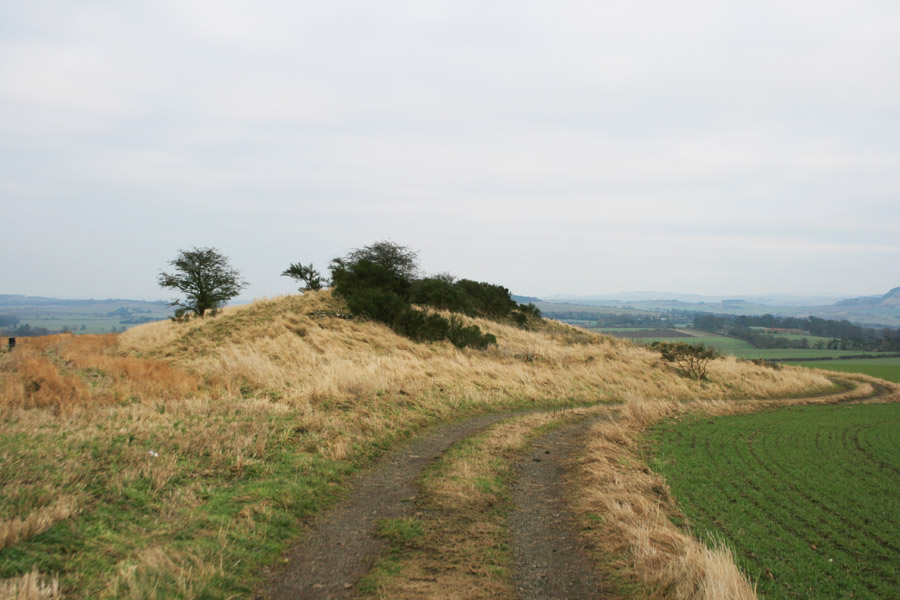 A pair of castles, a fort and a beach in East Lothian

Back in November last year we had intended to visit Barnes Castle when we were in Athelstaneford, but ran out of time due to a combination of bad weather and rugby on TV! Today we went back to fulfil that intention.

Parking in front of the church in Athelstaneford, we took the public right of way that runs down to the Cogtail Burn, and walked around the edge of a field at the end of the Hanging Craig before joining the track to Barney Mains farm. We could see the ruins of Barnes Castle in the distance, but before we reached it we passed a small fort on Seaton Law.

It’s quite a small fort, and may have been built as a forward defensive position for the larger fort of Kae Heughs, along with the fort of Hanging Craig which is now only visible as cropmarks. The view from Seaton Law is fantastic, as it sits on a ridge looking over the surrounding countryside, with views as far as Traprain Law and Berwick Law.

Barnes Castle itself is an interesting site, just one storey in height and laid out on a low, wide footprint.

A maze of arches, vaults and windows creates a rather strange appearance for a castle.

There is a square tower on each of the corners of the outer wall, plus smaller towers in between those.

There are gun loops in several places such as in the corner towers, allowing the defenders of the castle to fire along the walls at their attackers.

Barnes Castle is now used as a store for farm machinery, which gives it a slightly sad appearance.

Despite a warm glow from the low winter sun, there was a chilly wind, so it wasn’t long before we were retracing our steps to the Cogtail Burn, from where we took a slightly different route back using a path across a field, re-entering Athelstaneford next to the school.

From Athelstaneford we drove north, stopping to take a quick picture of Fenton Tower, a 16th century castle which has been restored as luxury accommodation.

Then we headed west to Gullane and the beautiful golden sands of Gullane Bay, which weren’t looking as golden as usual with the sun starting to go down.

In the sand dunes surrounding Gullane Bay are a large number of sea buckthorn bushes, the orange berries providing a fiery contrast to the darkening skies. 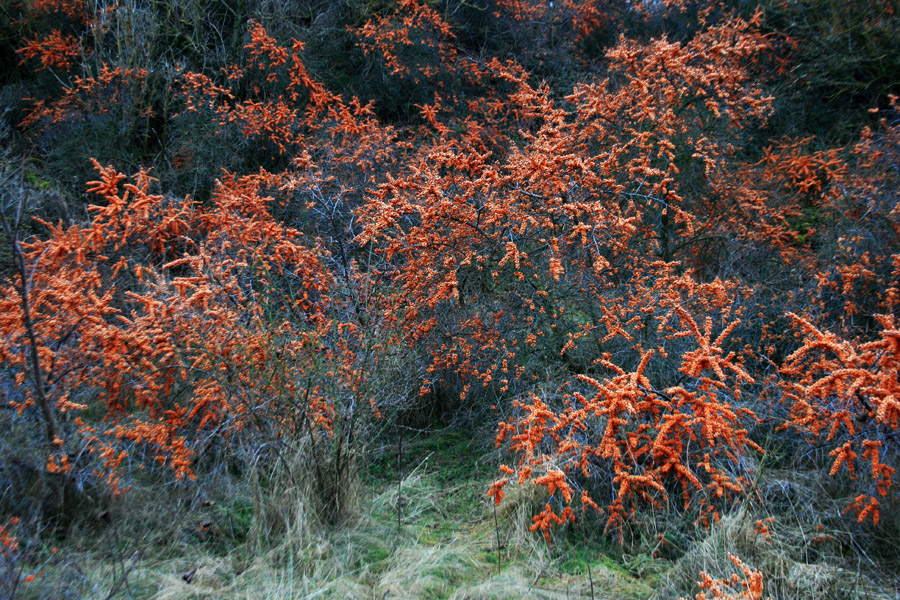 And with a short drive back along the coast to Edinburgh, another weekend was over.