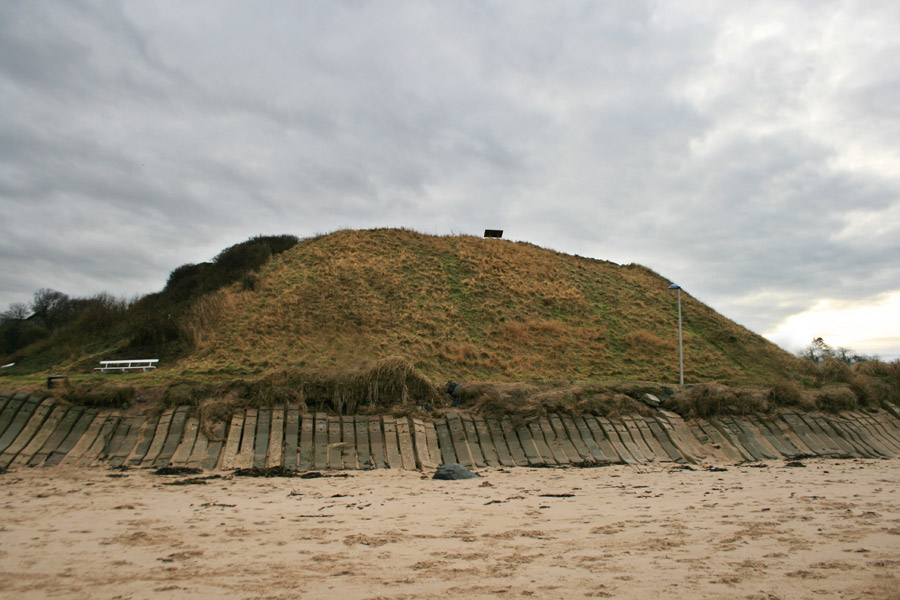 After a morning and afternoon of incredibly heavy rain, we decided we needed to get out of the house so drove over to North Berwick late in the afternoon in an attempt to find somewhere drier. By the time we arrived in North Berwick the rain had stopped, but it was still very grey, not really helped by the time of day.

North Berwick sits at the head of a wide peninsular jutting out into the mouth of the River Forth as it flows into the North Sea, and as such it was a strategically-important place. Archaeological excavations have shown that there has been a settlement around the harbour area certainly as early as the 8th century.

In the 12th or 13th century the de Vaux family built North Berwick Castle on what is now known as Castle Hill to the east of the town. Now all that remains is the hill itself, a natural mound rising above the shore below.

Today on the top of Castle Hill there are benches from which to enjoy the magnificent views out towards the islands in the sea, and over North Berwick itself.

We climbed back down Castle Hill to the beach (known as Milsey Bay or East Bay) – it wasn’t really beach weather, but it’s still a very pleasant walk to the town, with views to the island of Craigleith.

At the end of the beach are the remains of St. Andrew’s Church, which dates back to the 12th century and possibly earlier. All that is now visible are the foundations and a 13th century porch (remodelled in the 16th century). Looking back over the site you can see North Berwick Law in the distance.

Along from the church is the Scottish Seabird Centre.

Beyond that is the harbour, full of a variety of sailing boats.

It’s possible to walk right to the end of the promontory, where there is a viewpoint from which you can look back over North Berwick and North Berwick Law, and also across to the site of North Berwick Castle.

As the sun started to set, we walked back to the car and were treated to a loop-the-loop display by a small plane (presumably from the nearby National Museum of Flight at East Fortune airfield). 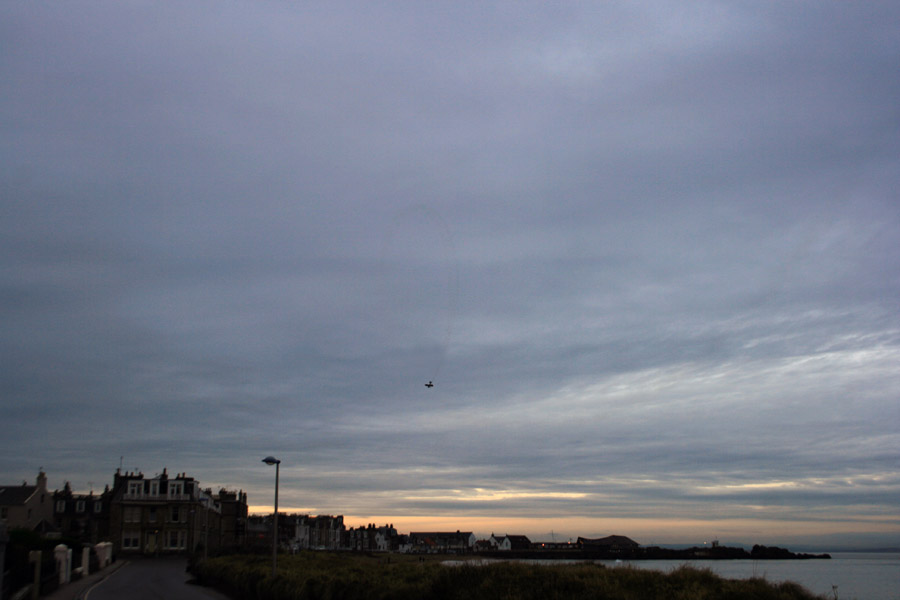